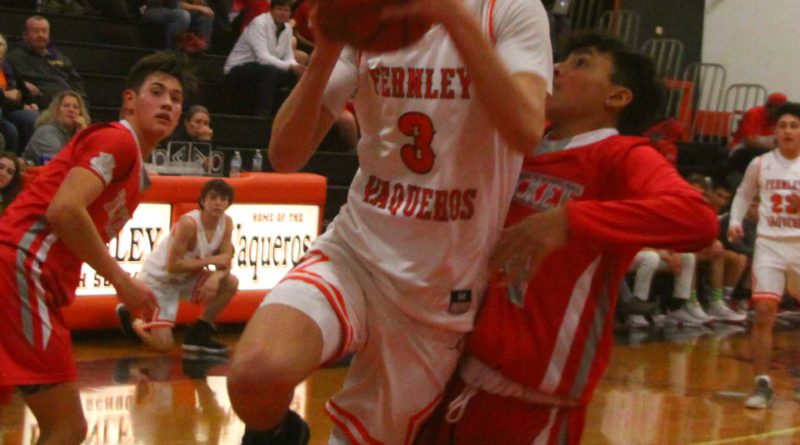 The Vaqueros went into the last week of the regular season needing Dayton to lose both of its last two games, at Fallon and at Lowry, in order to win the fifth seed for this week’s league tournament. They got the results they needed, when Dayton lost at Fallon, 76-34, and at Lowry, 59-42.

Both of the first-round games at the league tournament will be rematches from the final week of the season. As the fifth seed, the Vaqueros will open the tournament in Fallon against fourth-seeded South Tahoe at 6:20 p.m., which beat them 62-51 in their last regular-season game on Feb. 11, while Dayton will face Lowry in the other first round matchup at 3 p.m.

In their own final game, the Vaqueros couldn’t recover from a South Tahoe run in the third quarter that broke open a tie game.

“They made a run early in the third quarter that we didn’t answer,” coach Derek Miller said. “We dug out of a double digit hole and kept it close late in the 4th. They knocked their free throws down and sealed the win.”

Carson Kingston led the Vaqueros with 16 points, while Isaac O’Neill and Tucker Hall each scored 8.

Despite the loss, and a 65-40 loss to the Vikings on Jan. 11 when the Vaqueros were missing both O’Neill and Drew Miller because of injuries, Derek Miller said he is excited to play South Tahoe again.

“I don’t think we have played a full four quarters of our very best basketball yet,” he said. “It would be nice to see it in the zone tournament.”

If the Vaqueros beat South Tahoe, they would face the No. 1 seed and defending state champion Fallon, Friday at 8 p.m. The championship game is Saturday at 4 p.m.