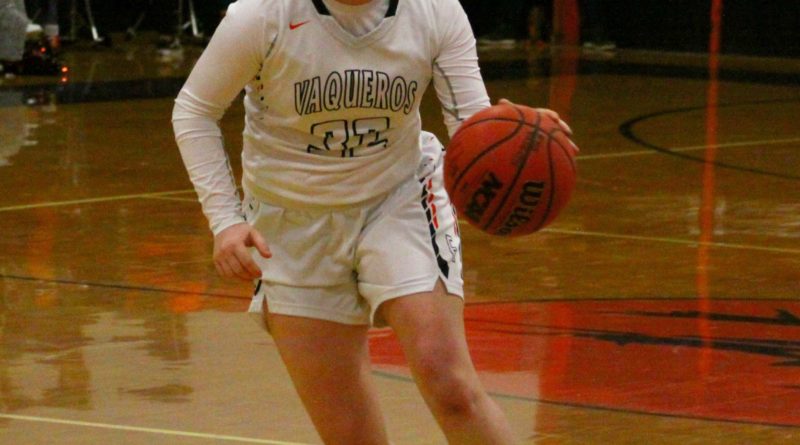 With an undefeated league season on the line, the Fernley High School girls basketball dispensed with the suspense in short order, rolling to an easy 52-12 win over South Tahoe last Tuesday, completing a perfect regular season in league play.

The Vaqueros finished 18-0 in the Northern 3A, and 22-2 overall, but the stakes go up considerably starting this weekend.

As the No. 1 seed, the Vaqueros get a first-round bye in this week’s Northern 3A League Tournament in Fallon, and will play in the semifinals at 6:20 p.m. Friday against either Spring Creek or Elko. A win would qualify them for the State Tournament in Reno next week, and put them into the league championship game, scheduled for 2 p.m. Saturday.

The Vaqueros made short work of the Vikings in last week’s season finale. Fernley outscored South Tahoe 17-2 in the first quarter, then followed that up with a 15-2 second quarter.

“Everyone played in the Tahoe game and we were able to work on a few things,” coach Tom Kingston said. “The team shared the ball and played together.”