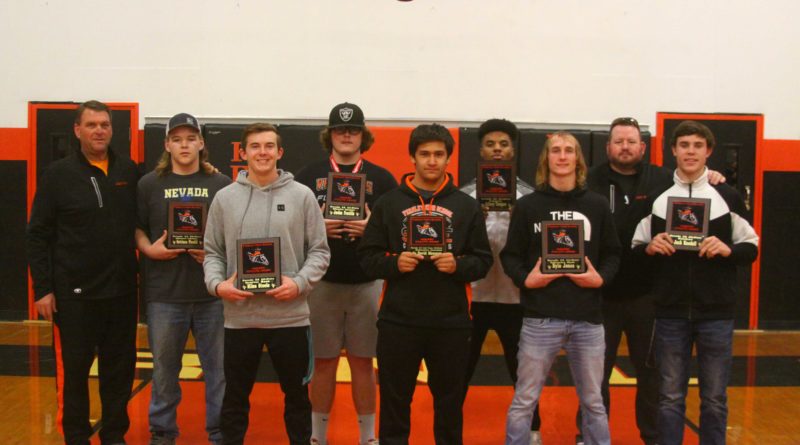 The Fernley High School football team had 17 players named to the Northern 3A All-League team, with four if them chosen at two different positions. In addition, seven of the players were named to the 3A All-State team.

In addition, coach Chris Ward was chosen as the 3A All-State Coach of the Year.

The all-league team was chosen by the league’s coaches, while the all-state team was voted on by the coaches throughout the 3A. Both teams were announced in February.

On the all-league team, the Vaqueros got seven places on the first team, six on the second team, and eight on honorable mention.

On the first team, the Vaqueros are represented by quarterback Miles Steele, offensive linemen Jordan Franklin and Setriano Piroddi, defensive lineman David Sisneros, defensive back Kyle Jones, kicker Jack Knodell, and Anthony Thompson, who was chosen as an athlete. Thompson played wide receiver, slotback and was a kick returner for the Vaqueros.

Seven players received honorable mention, including Lonnie Halterman, who was named at both running back and defensive back. Others were defensive linemen Alec Carr and John Owens, linebackers Logan Kibbe and Bailey Torres, defensive back Carson Kingston and offensive lineman Ethan Bacock.

Only players who received first team all-league recognition were eligible for the all-state team, and all seven eligible Fernley players were chosen.

Steele, Franklin, Piroddi, Thompson, Jones and Knodell were named to the all-state first team, and Sisneros was named to the second team.