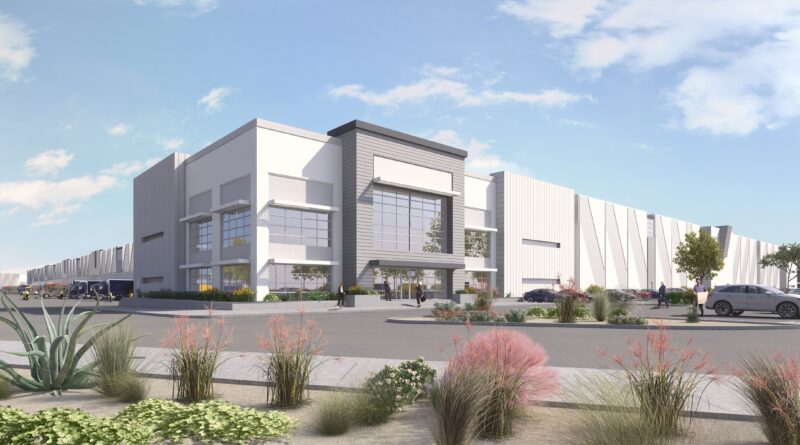 Mark IV Capital has broken ground on construction of the Victory Logistics District, the 4,300 acre industrial park it purchased in Fernley two years ago.

The new project is designed to meet the growing need for manufacturing, distribution, data center and cold storage space in the region. .

Mark IV Capital is a privately held real estate firm based out of Newport Beach, Calif. Mark IV purchased the 4,300 acre property, which was formerly called the Crossroads Commerce Center, in July 2019 and has since been designing all facets of the multi-phased development, including infrastructure, rail facilities and a wide selection of industrial buildings ranging in size from 170,000 sq. ft. to 1,500,000 sq. ft.

Scheduled for completion in the first quarter of 2022, Building A will offer 815,000 sq. ft. of cross-dock industrial space designed by HPA Architects to the industry’s highest specifications, making it ideal for the distribution or manufacturing needs of today and those of the future. Mark IV Capital has contracted with general contractor Alston Construction, a leading industrial contractor with offices in cities throughout the country, including Reno.

The building’s specifications include:

“Victory Logistics District will be the relief valve for the pent-up demand of the region, allowing Northern Nevada to continue to grow its industrial footprint and its national reputation as an important distribution hub of the west,” said Evan Slavik, President of Real Estate for Mark IV Capital. “The quickly-growing Northern Nevada region offers immense economic benefits to our tenants, their employees and our investors. Additionally, the location of our project insulates traffic and construction impacts from the Fernley residents, while helping to bring thousands of quality jobs to the region. We look forward to being an integral part of the continued growth of the Northern Nevada region and to partnering with organizations such as the Economic Development Authority of Western Nevada (EDAWN) and SkillUp to support the region through a soon-to-be announced re-skilling partnership. This coalition will help disconnected workers develop in-demand skills through focused educational programs closely aligned with the region’s jobs in high-growth industries.”

Northern Nevada is anticipating roughly 50,000 more people per year moving to the region over the next five years, according to EDAWN, making the Victory Logistics District a welcomed addition to the region in regards to employment and resources. The site’s location in Fernley is central among key markets in the Western United States with direct access to Interstate 80 and U.S. Highway 50 and a dual-served rail line serviced by Union Pacific and BNSF. Victory will include full-service rail switching and transload facilities, allowing its tenants and other companies throughout the region to take advantage of the favorable economics of adding rail to their supply chain logistics planning.

“Our project offers an unusual balance of sites that are ready to build today, with existing infrastructure in place, along with thousands of additional acres that can be creatively planned to accommodate the unique growth needs of our tenants,” said Ross Pfautz, Senior Vice President for Northern Nevada at Mark IV Capital. “Our location, central to the 80 million people in the 11 states that make up the Western U.S. provides exceptional access through intercontinental Interstate 80 and U.S. Highway 50, and the planned Mexico to Canada Interstate 11 route. Victory provides lead rail through its entire park with access to uniquely competitive dual-serviced mainline railroad and full transload services from a national Short Line provider that is unavailable in the other submarkets.”

Additionally, the ability to reach 80 percent of the population of the western United States within a one-day truck route allows Victory’s tenants to provide critical resources to a myriad of population centers overnight. The entire Victory Logistics District is also located within a federally designated Opportunity Zone, which offers significant tax incentives. This, along with the business-friendly environment of the State of Nevada, make this project especially appealing for growing and relocating companies.

“The Northern Nevada economic and employment markets are booming,” said Mike Kazmierski, President and CEO of EDAWN. “We are consistently going after hot prospects for new jobs and companies to bring to the region, and the development of the Victory Logistics District will undoubtedly help us continue to achieve our growth goals.”

“Mark IV Capital’s historic investment into Victory Logistics District sets Fernley in an incredible position for economic development and growth,” said City of Fernley Mayor Roy Edgington Jr. “This investment demonstrates how Fernley’s strategic location is becoming recognized across the nation. The City of Fernley is looking forward to the continued planned growth and ample job creation allowing residents the opportunity to potentially work in the same community where they reside.”

Victory Logistics District is planned to progress over a series of phases, which will include manufacturing, distribution and data center development, with LEED certifications and environmentally-friendly construction practices. Mark IV Capital’s master plan anticipates the integration of housing options, daily needs retail, quick service retail, dining and entertainment choices. Visit victorylogisticsdistrict.com to learn more and stay updated on the project.