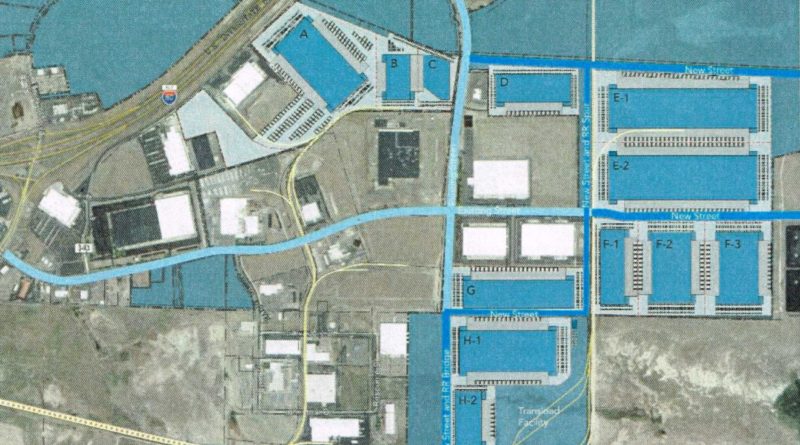 At a Tuesday press conference, officials from Mark IV Capital formally announced their purchase of the former Crossroads Commerce Center and their plans for Phase I of the development of the industrial park.

The company also announced the new name of the industrial park, the Victory Logistics District.

Evan Slavik, President of Real Estate for Mark IV Capital, also described the reasons and meaning behind the name change.

“Victory reflects the hard-working and determined nature of the Fernley community,” Slavik said. “Victory is not only meant to be a patriotic tribute, but it has historical ties. Victory Highway was the original name of what is now Interstate 80. And the word victory suggests fortuitous outcomes for those companies who decide to locate here.”

“Logistics relates to the making the complicated more simple,” he added. “Whether that relates to manufacturing or distribution, the word suggests that his is where solutions are created.”

“The word district has the weight and scale that this project deserves and we felt that using descriptive words like center or park just didn’t do it justice,” Slavik said.