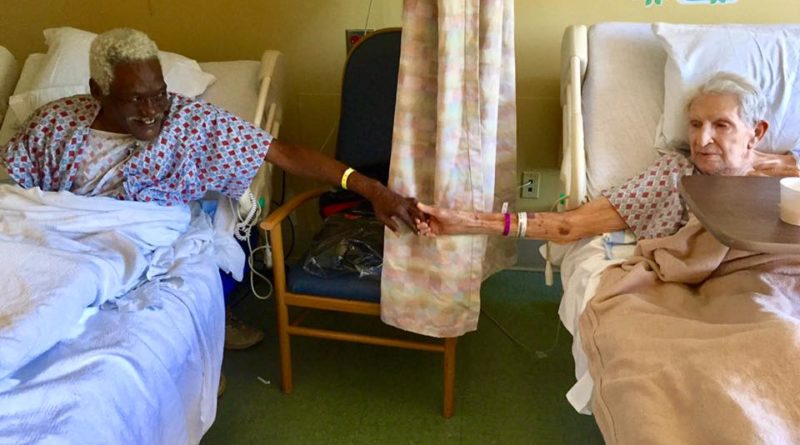 Broadway Rising! is at it again!

The virtual choir created by Western Nevada College and the Western Nevada Musical Theatre Company has released its second performance in less than a month — “Seasons of Love,” a song from the 1996 Broadway musical “Rent,” written and composed by Jonathan Larson.

“‘Seasons of Love’ from ‘Rent’ is one of the most popular numbers in the musical theatre repertoire,” said Producer and Director Stephanie Arrigotti. “It is the perfect backdrop for celebrating the love shown during this pandemic.”

Enjoy their performance at https://youtu.be/re6KxoMmh9Q.

The production includes photos — mainly of locals — of those who found ways to show love during the trying times of the pandemic. Arrigotti said that one of the photos is especially touching and heartbreaking.

“A friend of one of our choir members, Paula Gordon Nito, went to visit her father, Morris Gordon, in the hospital and took his photo,” Arrigotti said. “Grateful to find a moment that fit the song so well, I included it in the presentation. After the song’s release, Julie wrote, ‘I am honored and thank you for my wonderful dad. I snapped this pic one day when I went to see him. He and his roommate were holding hands and praying together. They didn’t know I was there. I loved the moment.’”

Her father passed away shortly afterward. This song now serves as the virtual choir’s final tribute to him.

In May, Broadway Rising! released its reproduction of “One Day More” from “Les Misérables.” Listen to that performance at https://www.youtube.com/watch?v=_Y_lYaU3848&feature=youtu.be.

To learn more about the virtual choir or join it, contact Arrigotti at Stephanie.Arrigotti@wnc.edu.