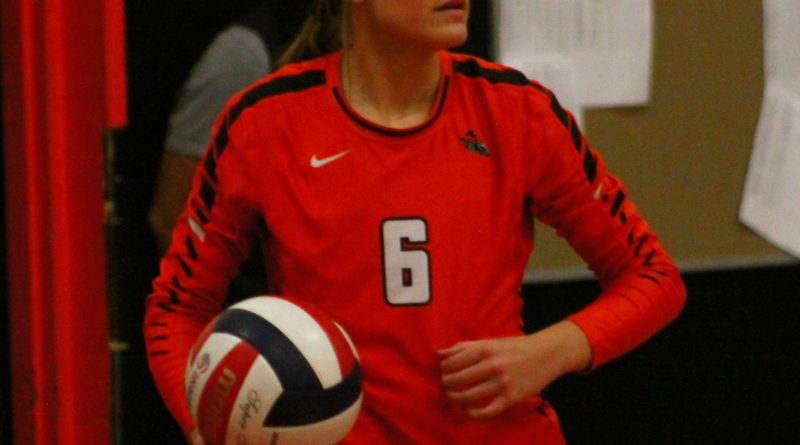 With its playoff seed already determined, the Fernley High School volleyball team will complete its regular season Wednesday with a match at South Tahoe.

Owning the tiebreaker advantage over Elko, the Vaqueros are already assured of the No. 3 seed for the 3A Northern League Tournament Nov. 8 and 9 in Truckee.

But a win over South Tahoe could serve as a huge confidence builder, considering the Vaqueros will likely have to beat the Vikings in the league tournament to advance to the State Tournament.

Fernley enters Wednesday’s match at South Tahoe with a 13-4 league record. Elko has completed the league season with a 13-5 record. With a win at South Tahoe, the Vaqueros would win the third seed outright. If they were to lose, it would mean both Elko and Fernley were swept by South Tahoe and Truckee and split their two head-to-head matches. But the Vaqueros won in three sets in the first meeting in Elko, and lost the rematch in four in Fernley. The first tiebreaker, would be wins against teams ahead of them in the standings, in which case the teams would remain tied, and the next tiebreaker, the number of sets won in head-to-head matches, would go to the Vaqueros.

The Vaqueros lost to South Tahoe in four sets in the first league meeting between the two teams on Sept. 12, but beat the Vikings in two straight in a tournament in August.

“We went four games with them last time, so hopefully everything is clicking right,” coach Diane Chapin said.

Against Sparks, Willow Jacobson led the Vaqueros with nine kills, while Colby Johnson had seven kills, three blocks, Natalie Stewart had four blocks and 16 assists and Reese Richardson had 14 assists.

Against Truckee, Jacobson had 11 kills, Richardson had 11 assists, Stewart had 10 assists and Katelyn Bunyard led the defensive effort with 11 digs.