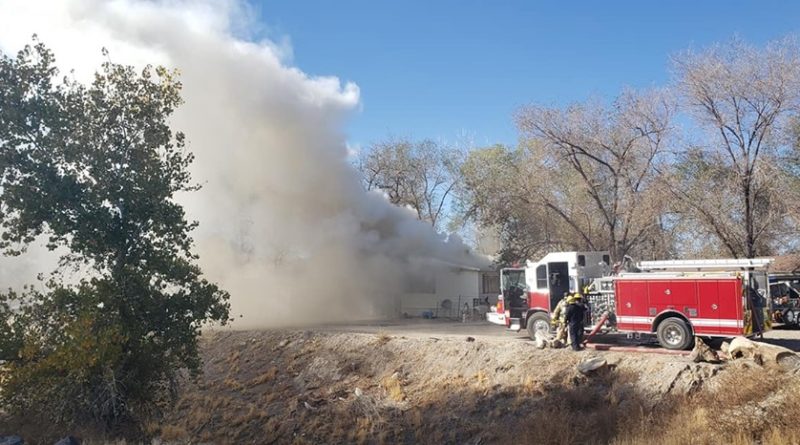 An investigation has begun into the cause of a fire that destroyed a mobile home and injured one person on Vine St. Tuesday afternoon.

According to the North Lyon County Fire Protection District, firefighters were dispatched to a vehicle fire on Vine St. at approximately 1:30 Tuesday afternoon. Upon arriving on scene, it was found to be a mobile home on fire.

Firefighters from Station 61 and 62 responded and started to knock down the fire and made an aggressive interior attack on the fire.

With the help of Storey County Fire and Central Lyon County Fire, the fire was contained to the one residence and no other structures were damaged.

The cause of the fire is still under investigation. The fire district asks that everyone please stay out of the area and allow the crews to finish on scene.

One person was injured and transported by ambulance to Renown Medical Center in Reno. The victim’s condition has not been reported. The house is reported to be a loss, however firefighters were able to salvage a lot of the contents inside the home.