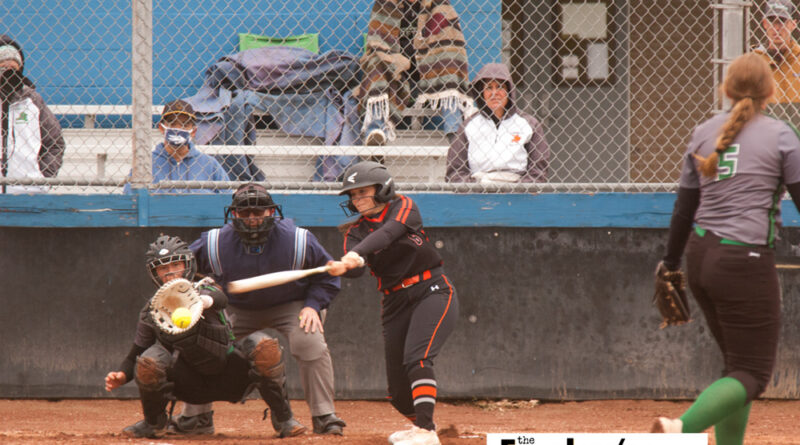 The recent history of classic battles between Fernley and Fallon in the 3A softball playoffs was updated with another chapter last Saturday. Unfortunately, the story of Fernley’s season against Lowry this year doesn’t read as well.

The Vaqueros beat Fallon 9-8 in a semifinal game of the Northern 3A East League Tournament in Winnemucca last week, but suffered their fourth consecutive loss to the Buckaroos in the championship game, all four by double digit margins.

Fernley and Fallon have taken turns beating each other in regional and state tournaments over the past decade, and this time it was the Vaqueros rallying from a 7-1 deficit to move on. They did it with a seven-run outburst in the fifth inning to take a 1-run lead, and then a walk-off single in the bottom of the seventh after Fallon had tied the game.

Fallon had scored twice in the first inning, three times in the third and twice more in the fourth, to just a single run in the bottom of the first for the Vaqueros, when Fernley finally solved the riddle of Fallon pitcher Trinity Helton, who had given up just one run and three hits through the first four innings.

But in the bottom of the fifth, three walks and an error opened the door for the Vaqueros. Aschlyn Roemer and Marissa Sandate each singled in runs and Haeley Diehl singled in two, then later stole home to cap the seven-run outburst.

In the bottom of the seventh, Starr Schennum came up as a pinch hitter with the winning run on third base and on a 2-2 count, singled to left field to win the game.

That sent Fernley to the championship game against Lowry, but this time when they fell behind, the Vaqueros couldn’t recover.

“It was like every other game we’ve played against them,” coach Diane Chapin said. “We just didn’t hit against them and had defensive mistakes.”

The Vaqueros committed five errors, leading to eight unearned runs. At the plate, they mustered only three hits, one of them a two-run single by Braelyn Birkle after Lowry had built a 9-1 lead.

Lowry scored four runs in both the second and fourth innings to build the 9-1 lead, with both rallies starting when the leadoff hitter reached on an error.

“They cause you to make plays, and we just haven’t played good softball the times we’ve played them,” Chapin said.

The Vaqueros will be losing four seniors from this year’s team, but with 16 players on the varsity roster, they will still be returning 12 players next season, including Viehland and DePaoli, who pitched 94 of the 99 innings the team played this year, as well as 10 of their top 11 hitters.

Given a full season next year, including tournament experience, to develop a lineup and work on game situations, Chapin said she is confident the Vaqueros will be back in contention to play for more postseason action.

“We talked about remembering what this feels like, and let’s build on the good stuff and learn from our mistakes,” she said.