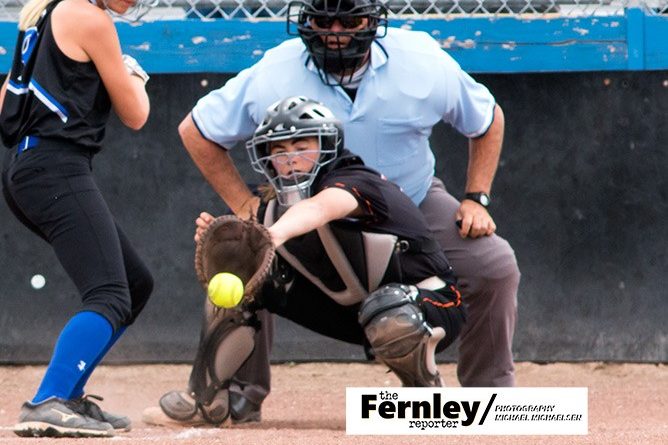 Losses in two of three games at Lowry last weekend knocked the Fernley softball team down to the No. 3 seed for this week’s 3A Northern League Tournament at South Tahoe.

But if they can get past a first-round game Thursday morning, the Vaqueros will get another shot at the Buckaroos, with much more at stake.

The losers of the two first round games are eliminated, and the tournament then becomes double elimination for the four teams in the semifinals.

The Vaqueros entered last week’s series in Winnemucca tied with Lowry in second place, but lost the first two games of the series as Lowry clinched the No. 2 seed and the bye into the semifinals.

Lowry won the first game of the series 4-3. The Buckaroos led 4-0 before Fernley scored two runs in the sixth inning and one in the third, falling just short despite collecting 13 hits, compared to eight for Lowry.

Hailee Edgar went 3-for-4 and drove in a run, while Ali Conder, Macie Kirk and Natalie Stewart each had two hits.

Pitcher Justina Hawley struck out five and walked one.

In the second game, the Vaqueros led 7-4 after scoring six runs in the top of the second inning, but added only single runs in the fifth and seventh innings, while Lowry scored in every inning.

Edgar was 3-5. Conder, Reese Jones, Kirk and Stewart all had two hits, including a home run by Jones.

The Vaqueros rebounded to win the third game of the series behind seven strong innings by McKenna Montgomery, who allowed two hits and struck out four, with no walks.

The offense got just three hits, two by Edgar and one by Kirk.

Fernley scored two runs in the first inning and one in the third and made it stand up.

Before heading to Lowry, coach Diane Chapin said the team’s young players are gaining confidence and experience working together.

“We have good depth, two deep at each position, and that helps if someone is struggling,” Chapin said. “If we put the right lineup together, 1 through 9 can be tough outs.”