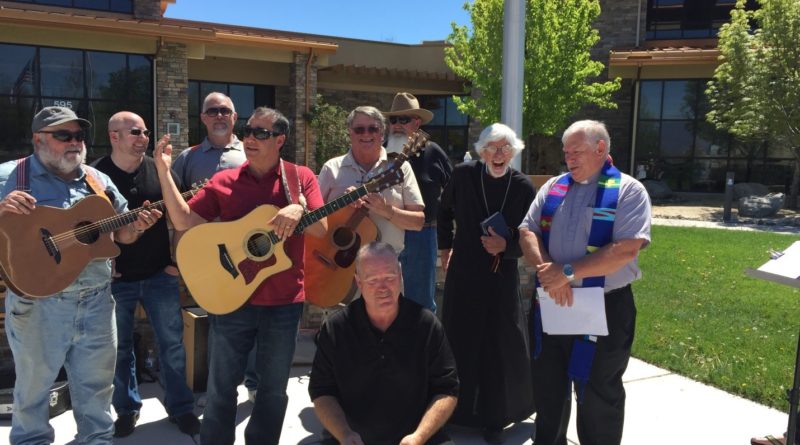 Several Fernley pastors have vowed to fight a proposed city ordinance, which they call unconstitutional, that would require churches to obtain a business license, but with no fee.

The requirement is part of Bill 251, an ordinance that would modify business license regulations under Fernley Municipal Code, which was formally proposed during the May 3 City Council meeting by a motion by Councilwoman Shari Whalen.

The ordinance would require residential landlords with four or more units to obtain business licenses, and would also require nonprofit organizations, including churches, to submit annual business registration. It also included updated definitions for recreational vehicle parks, peddlers and solicitors, and title loans, and includes provisions that requires some businesses with more than one location to have separate business licenses.

But it’s the part that requires churches to obtain business registration that has angered local clergy.

Pastor Jeff Needleman of New Beginnings Christian Fellowship said the requirement is unconstitutional. He cited the business licensing and registration provisions by the Department of Consumer and Regulatory Affairs that states churches are not required to obtain a business license under the BBL Program unless they have additional activities such as schools, day care centers, soup kitchens, thrift shops, or other activities that must be inspected or investigated.

Needleman said eight pastors, members of the Evangelical Ministers Fellowship, have each stated their church will refuse to license.

“Charge or no charge makes no difference to any of us who were there today; we all said none would pay,” Needleman said. “Federal and Nevada state government regulations are clear that we do not need a business license.”

Council members were split on the provision.

“They’re so adamant about not having business licenses, they’re willing to go to the Supreme Court if they have to,” she said. “The churches are fighting back to maintain their sovereignty and not be regulated by government, and I think it’s a fight we don’t want to get into. It’s not somewhere I want to go.”

Seidl said the position of the pastors she spoke to is that they’re not businesses.

“They are all fine with the fire department coming in and doing inspections, they’re willing to get building permits if they’re doing changes or moving into a new facility, but they are not going to allow the city to require them to get a business license and try and regulate them or put them on a list where they are,” she said.

Senior planner Tim Thompson told the council one reason for the provision is that the city has zoning requirements that prohibit certain adult businesses, such as bars, within certain proximities to churches.

“With the marijuana laws coming in, and some of the churches are small and come and go, then how do we know that we’re not putting something within 300 feet of a church?” Seidl asked. “They’re willing to live with the consequences if we don’t know.”

Whalen said she understands the arguments, but said the city should apply the ordinance in a consistent manner.

“I just feel like we’re making special rules for churches and it’s not good practice,” she said. “And I understand the value of the separation of church and state that we have, but when it comes down to it, they are a nonprofit, and every other nonprofit in Fernley has to have a business license and they don’t pay any bills.”

Deputy City Attorney Brent Kolvet told the council they do have the constitutional authority to require churches to have business licenses.

“You’re not regulating any content. You’re not telling them what to say in church,” Kolvet said. “All you’re doing is requiring them to register their location where their facilities are. That’s perfectly within the ability of this council to do.”

As presented to the council, religious organizations had been deleted from the list of entities required in the proposed ordinance to obtain business licenses, but the council approved a motion, by a 3-2 vote, to include churches. Seidl and councilwoman Fran McKay were opposed.

The bill, with the amendments made during the May 3 meeting, will be brought back before the council at a future meeting for a vote for adoption.

One thought on “Battle brewing between city, churches?”