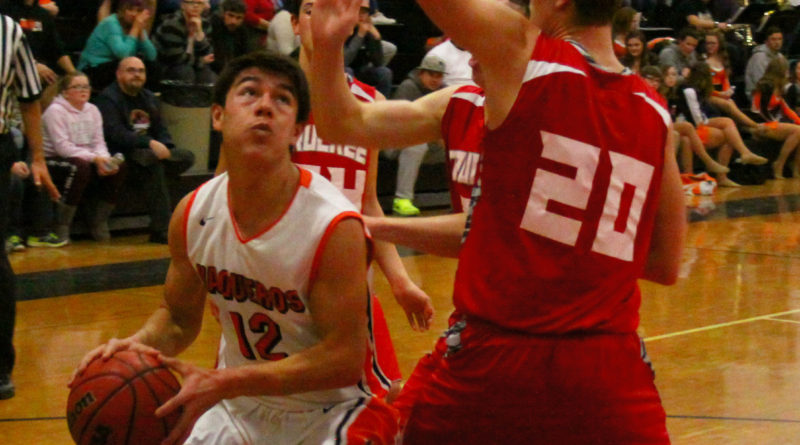 Coming off two intense games the previous weekend in Spring Creek and Elko, the Fernley High School boys basketball team came into Tuesday’s game against Truckee in need of a breather.

Justin Turner scored 18 points and Drake Howe and Zach Burns scored 16 each to lead the Vaqueros to one of their easiest wins of the season.

“We needed a game like that, especially after the weekend with a little more intense games,” coach Derek Miller said.

The Vaqueros hit 32 of 59 shots from the field, 54 percent, in one of their best offensive showings of the season. Defensively was a different story, until halftime.

Both teams lit up the scoreboard in the first half, which ended with Fernley holding a 40-30 lead.

To that point, Miller wasn’t happy with how his team was playing defense.

“I wasn’t really happy defensively one bit,” he said. “That’s not what we normally do. I told them it’s time to go to zone and we can’t be playing that kind of defense against Elko or South Tahoe, or we’re not going to be able to get wins.”

The Vaqueros opened the second half with a 21-0 run, and held the Wolverines to 3 points in the third quarter and 13 for the half.

All the while, the Vaqueros continued to scorch the nets, hitting seven 3-pointers in the second half, including two in a row by Ethan Hunter that pushed the lead to 56-33 and one by Dario Ceresola that finished the run.

“We shot the ball good, and I’ve been kind of waiting for that,” Miller said. “Guys got looks and they were going in.”

The Vaqueros will finish the regular season Friday night when they host Sparks for Senior Night, where Ethan Hunter, Sam Ramirez, Justin Turner, Drake Howe, Joe Ellis and Ren Arroyo will be honored.

The Vaqueros need a win to guarantee the No. 3 seed for the 3A North Region Tournament next weekend in Winnemucca. Miller said there is no worries the Vaqueros will take Fridays game for granted.

“That’s not a team we’re going to overlook, because they put it to us in the second to last game last year,” he said.