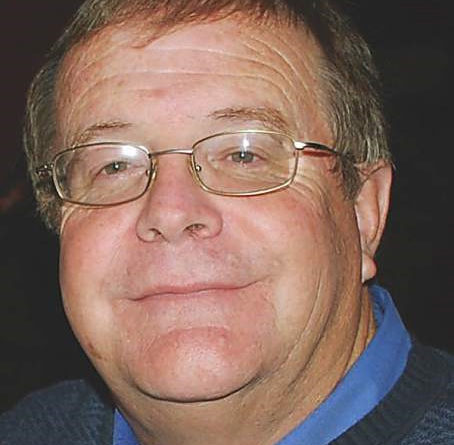 Lahontan Valley News Editor Emeritus Steve Ranson will be discussing veterans issues and his experiences as a civilian journalist as the guest speaker at the next meeting of the Fernley Republican Women (FRW).

Ranson will also share his experiences from when, as a civilian journalist, he traveled on his own to the Arabian Sea in November 2011 to document the training done at Naval Air Station Fallon and how it relates to the operations of a carrier air wing aboard an aircraft carrier.

Ranson is a past president of both the International Society of Weekly Newspaper Editors and Nevada Press Association’s board of directors. He retired as editor of the Lahontan Valley News in Fallon, on Aug. 1, 2017, but he still writes articles on military affairs and profiles for Honor Flight Nevada, Nevada Veterans Coalition and the Nevada Department of Veterans Services.

He spent the majority of his 28 years in the Nevada Army National Guard and U.S. Army Reserve-Panama in public affairs, visual information, command of state headquarters and battalion adjutant. He retired as a lieutenant colonel.

During his tenure as editor, the LVN won more than 100 international, national and state press awards, including 20 awards at the 2017 Nevada Press Association’s annual conference. The NPA named him a co-Journalist of the Year in 2012 and for having the state’s Editorial of the Year for all newspaper circulation divisions in 2014. He continues to cover both Naval Air Station Fallon and the National Guard, and Ranson embedded with Nevada Army National Guard units in Afghanistan twice — in November 2011 and November 2012.

The FRW’s Caring for America/Adopt-a-Soldier Program collects non-perishable foods for the Fernley Food Bank, along with donations of funds and care items for their adopted soldiers. The soldiers need single serving food items, personal care items and, most especially, cards and letters from home. The Literacy Committee collects new children’s books for the Ronald McDonald House and Renown Hospital’s Children’s Ward. All contributions for these important programs will be greatly appreciated. Financial contributions can be sent to the FRW at P. O. Box 412, Fernley, Nevada, 89408.
Fernley Republican Women is a group of women (and men as associate members) who share similar conservative values and ideals, and who are dedicated to increasing the influence and effectiveness of women in the cause of good government through political education and active political participation.