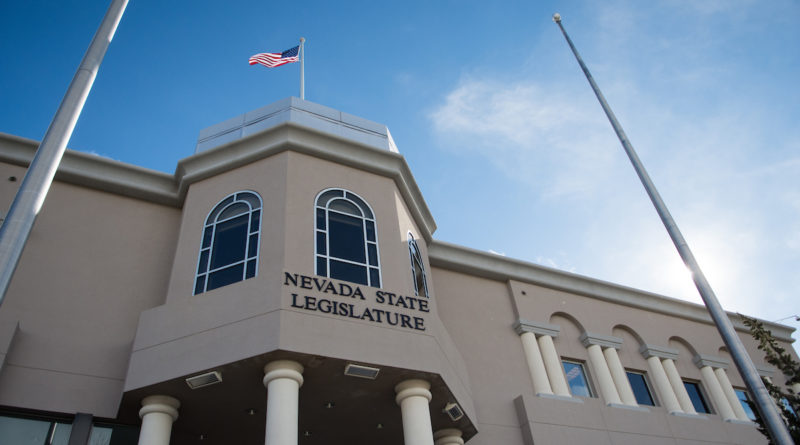 By almost any metric, Nevada’s economy is roaring along at or near record highs in job growth, unemployment rate and new businesses.

But that’s cause for concern for economic analysts and budget planners, who say that like Jason Voorhees or Freddie Krueger, the state’s next recession is lurking around the corner ready to leap out and slash an unsuspecting state budget to ribbons.

Anticipating the next economic slowdown drove much of the conversation during Thursday’s meeting of the Economic Forum, a gathering of five state-appointed economists charged with projecting how much revenue the state will bring in over its normal two-year budget cycle.

Initial estimates of state tax revenue for the two-year budget cycle are between $8.8 and $8.9 billion, below the $9.5 billion in state agency budget requests but at the very minimum equal to Gov. Brian Sandoval’s $8.1 billion two-year budget approved in 2017. The final projection, which can be changed substantially, will be approved at the forum’s December meeting, giving Gov.-elect Steve Sisolak and legislative leaders a starting point on which to build their two-year budget.

But despite Nevada’s booming economy — record highs in employment, number of businesses operating and weekly wages — economists on the forum asked state fiscal staff to prepare revenue forecasts that include an anticipated economic slowdown in 2020.

Dan White, the head of Moody’s Analytics fiscal policy research division, told forum members that almost everyone in his industry was trying to predict when the next economic recession would occur, given that the economic growth period since 2009 is nearing the record for longest period in the last century.

White, who told forum members last year to expect a recession sometime in 2019, said the Trump administration’s tax cuts and budgetary spending would continue to boost the economy over the next two fiscal years but that the analytics firm was projecting a recession to hit sometime in the later half of 2020.

That predicted slowdown could take the form of limiting how much revenue forum members project the state will collect in 2020.

Republican state Sen. Ben Kieckhefer, who has served on the legislative budget committee since 2011, said the Moody’s report reinforced efforts by lawmakers and Gov. Brian Sandoval to spur investment in other industries outside of the Nevada stalwarts of gaming and construction. Kieckhefer said the projected economic slowdown should spur caution in the budgeting process.

“Certainly you don’t want to start creating programs or changing appropriation strategies in a way that is going to accelerate a demand for revenue in future biennium when you’re looking at the prospect of entering a recession, and all that you’re budgeting for,” he said. “We just need to be careful in how we accelerate state expenditure growth, so that we do it in a responsible way knowing what is on the horizon economically.”

Although some legislators have called for transitioning recreational marijuana tax revenue away from the state’s often neglected Rainy Day Fund and toward K-12 education, Kieckhefer said it was critical to keep the emergency fund fully stocked.

“If we have a report from Moody’s Analytics that says we’ll be looking at a potential recession in 2020, spending money out of the Rainy Day Fund at that time would be like the captain of the Titanic hitting the throttle when he’s got the warning of icebergs in his hand,” he said. “It would just be, really, criminally irresponsible.”

Other tax revenue projected to increase include a $34 million increase in revenues from the state’s Commerce Tax (assessed on annual business revenue of more than $4 million), for a total of about $444.9 million over the two-year budget cycle.

But not all tax sources are doing as well. Michael Lawton, a senior research analyst for the state’s Gaming Control Board, said he projected only moderate increases in the state’s share of gaming percentage fee collections and almost no increase in collections of the Live Entertainment Tax. Lawton said under-construction Strip properties would likely not have much of an impact on gaming taxes, as any new casino taxes collected by the new properties would likely be cannibalizing revenue from other properties and as more visitors are not gambling when they come to Las Vegas.

“These residencies on their own, they’re not enough to lift our gaming LET collections,” he said. “They’re not. The tax is moving sideways. And in the opinion of people I spoke with, there really isn’t anything on the horizon that’s going to materially drive this collection. There’s not a new show that we’re aware of, there’s not a new venue.”

Lawton said tax revenue from gaming properties were also being adversely affected by the “phenomenon” of the Las Vegas Golden Knights and other professional sports teams in Las Vegas. While the state assesses a 9 percent “Live Entertainment Tax” on live concerts, dancing or other forms of live entertainment, sports teams based in Nevada are exempt from the tax — reducing state tax income every time a person decides to see a hockey game versus a Cirque show or other Strip entertainment.

Another drain on state tax revenue may come in the form of a required reduction in the state’s modified business tax, or tax on business payroll. Drafters of the 2015 Commerce Tax, which is levied on business income, included a section requiring an automatic reduction in the payroll tax if combined taxable collections (payroll tax, Commerce Tax and an excise tax on banks) exceed more than 4 percent of Economic Forum projections.

That scenario happened in 2018, as the actual tax collected exceeded 10.1 percent of the forecast approved by the forum. The subsequent reduction in the payroll tax will result in 2018 tax collections decreasing by about $43.4 million and nearly $100 million over the two-year budget cycle.