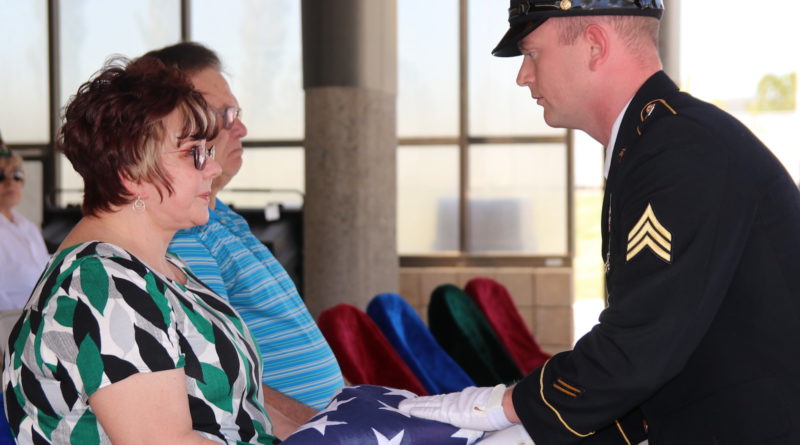 Seven veterans were recently remembered for their service to the nation in a military ceremony at the Northern Nevada Veterans Memorial Cemetery in Fernley.

The monthly military service recognizes veterans who remains were unaccompanied.

“Many of their families have recognized them in their own way,” said Sharon Serenko, a member of the Nevada Veterans Coalition who narrated the ceremony.

Serenko said it was a time of remembrance for the seven veterans.

“We honor them for their service to the nation,” she said, adding every monument at the cemetery tells a story of each person who served in one of the military branches.

Approximately 60 individuals attended the 30-minute service. Serenko said the military service provides a closure each man deserves and shows gratitude knowing their honors have been earned.

The NVC conducts a monthly service for unaccompanied remains and a quarterly service for remains that have gone unclaimed. At each unaccompanied service, members of the Patriot Guard Riders open the ceremony with a march from the columbarium wall to the pavilion, each member carrying a U.S. flag. The NVC provides the buglers and honor guard, while  the Nevada Army National Guard refolds the flag and presents it to an attendee. Former Lyon County Sheriff Al McNeil played the bagpipes last month.