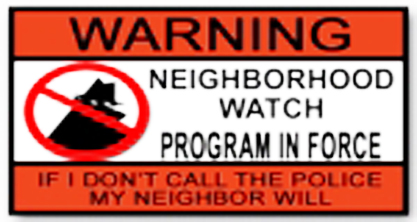 The Block Captains reported that August “has been pretty quiet.” They did note problems with illegal dumping along Gas Line Rd. that included computers, garbage and construction materials. A Bank of America photo card with a name and address was discovered in the garbage; consequently, a police report was filed. Additionally, there were several instances of teenagers trying to find unlocked doors in several neighborhoods and of drag racing along Farm District Road and Jenny’s Lane.

The Sheriff’s office reported that “Kids do Car Hopping.’ They try car, home and garage doors to see if they are open and if unlocked, they steal what they can.”

Most home and auto burglaries happen because Fernley residents do not lock their doors.

The July Sheriff’s Report showed Fernley had a total of 1,135 calls including 20 accidents, 22 animal calls, 77 criminal calls, 25 arrests, 5 felonies and 20 misdemeanors. In addition, a major burglary ring bust was made. Fewer calls were made this July compared to last year. Fernley represents about 40 percent of all Lyon County Sheriff’s office calls.

The Fernley Neighborhood Watch program started in 2013 after Jeremy Bean murdered four Fernley citizens who lived in Donner Trails. At that time more than 100 people attended the meeting. The number of attendees has dwindled over the years; currently, only 10-15 people now participate.

The next Fernley Neighborhood Watch meeting is scheduled for 6 p.m., September 21 at Round Table and the committee invites all Fernley residents to attend. 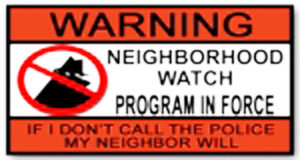