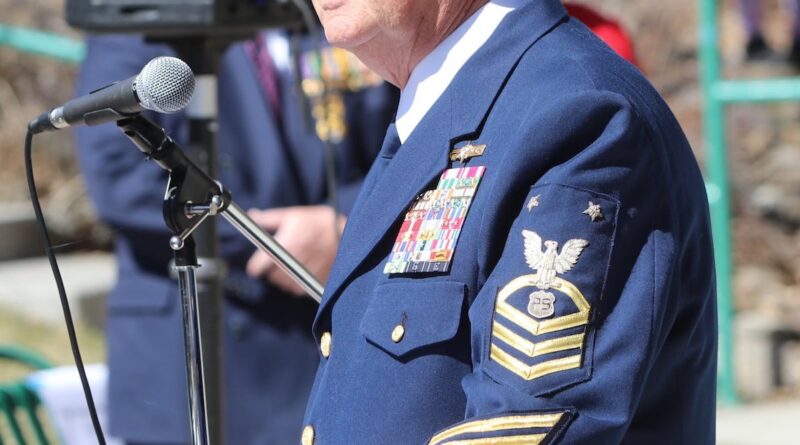 J.R. Stafford has been named October’s Veteran of the Month and his wife, Brigitte Stafford, is being recognized as Veteran Supporter for the Month, according to the Nevada Department of Veteran Services.

Stafford is a U.S. Coast Guard retiree who has been a supporter of veterans in Northern Nevada since 2017. In that year he joined the Vietnam Veterans of America Sierra Nevada Chapter 989, and in 2019, was elected chapter president.

Stafford has served as a “docent” educating the public about the significance of the Vietnam Traveling Memorial Wall for Vietnam veterans when it was set up in Minden. He has also worked with his representative of the Associates of VVA to partner with NDVS to organize and present a Vietnam Remembrance Event at the Reno Events Center in 2019 and he has partnered with the Reno Aces on two different occasions to host a Military Appreciation Game that also dedicated a Prisoner of War/Missing in Action (POW/MIA) for a local veteran who may have been captured by the enemy or listed as missing.

Despite the pandemic, Stafford has led VVA 989’s response and support for the Northern Nevada Veterans Home  in Sparks by helping to organize donations of crafts, activity equipment and vehicle cruises to help break the isolation experienced by residents and staff.

The VVA 989 chapter will host  a Vietnam Veterans Remembrance Event in November, conduct a classic car cruise for the residents of the veterans home and provide color guard support for parades and Veterans In Care Ceremonies when possible.

Brigitte Stafford  is the Area Representative for the Associates for Vietnam Veterans and the event planner for VVA 989. She has been an instrumental contributor in helping the chapter achieve it goals.

As the event planner, she has coordinated participants, locations and supplies for the events the chapter has organized. For the 2019 Vietnam Veterans Remembrance day in Reno, she helped coordinate 26 Veteran Service Organizations to participate in the one-day  event and provide information to visitors.

She also organized the event to serve as a fundraiser, helping to fun the chapter’s annual scholarships for veteran students at the University of Nevada, Reno and Truckee Meadows Community College, and for the Veterans Guest House, Honor Flight Nevada and Adopt A Vet Dental Program.

While the pandemic put a pause on large events, Stafford supported the chapter in its efforts supporting the Veterans Stand-down and organized an appreciation luncheon for the staff of the veterans’ home, helping maintain staff morale a trying year.

As Nevada began to re-open from the pandemic restrictions, she helped secure the Hawkins Amphitheater in Reno for the 2021 Vietnam Veterans Remembrance Day in March and organized one of the first-large scale events in this new environment. Her talents, however are not limited to only hosting events; she has help facilitate donations to the veterans’ home consisting of planter boxes, Halloween pumpkins and jigsaw puzzles.