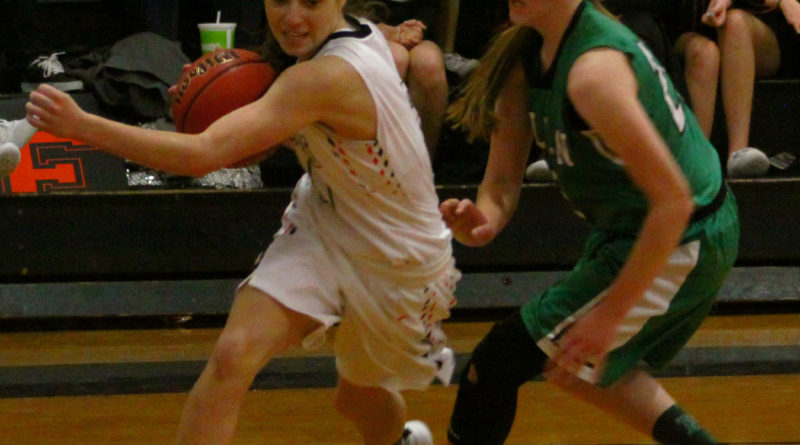 Through three quarters, the Fernley girls basketball team was giving the best team in the Northern 3A all it could handle.

Fallon closed the game by scoring the last 25 points to turn a tight game into a 61-36 blowout win.

Fallon scored the last 5 points of the third quarter, but a layup by Sullivan after a steal to start the fourth quarter cut Fallon’s lead to 36-33.

“We went back to our fullcourt press,” Fallon coach Anne Smith said. “(Kenna) Hamlin sparked us in that fourth quarter, not only scoring but a lot of steals on the front end of the press.”

Hamlin scored the first three points of the closing run, making one of two free throws and then a basket after a Fernley turnover against the press with 7:15 left in the quarter.

“Our shooters started finally hitting, and Leta started finishing around the glass,” Smith said. “We just started taking better shots and getting her free underneath.”

Fernley coach John Rogers said his team got away from what was working for the Vaqueros.

“In the fourth quarter when they started to turn up the press, we started to go fast and we just can’t play fast like that” Rogers said.

Rogers said the Vaqueros made the same mistake in the first quarter, when Fallon opened the game with a 16-5 run.

Caitlin Welch hit three 3-pointers and had all 11 of her points in the first quarter to stake the Greenwave to the lead.

Rogers said the Vaqueros prepared for beating the press against Fallon, and Lowry last Saturday.

“Our plan was to slow down, ball reversal, and beat it when they jump,” Rogers said. “When we did that we broke it and beat it. For some reason, we got away from that in the fourth quarter.”

Fallon still led 27-15 at the half, before Fernley made its run.

Brittney Gaitan scored twice inside, Hailee Edgar hit a 3-pointer and Sullivan had a driving layup and a 3-pointer as part of Fernley’s 14-4 run.

“If we hadn’t had the lead like that, Fernley would have taken the lead at some point,” Smith said. “I think they have some phenomenal shooters and they got hot and the pendulum swung in their direction.”

Sullivan finished with her career high of 18 points, but only four players scored for the Vaqueros. Gaitan had 8 points, Edgar scored 5 and Taylor Richardson had 2.

“We have too many long droughts without being able to score,” Rogers said. “We’ve got to understand our strengths and weaknesses and play to our strengths, and that’s to slow down.”

Fallon will play at South Tahoe Friday night, while Fernley will host Dayton. Smith said Tuesday’s game was a good lesson for her team about playing well for four quarters, and not just one.

“I told them they’ve got to be able to handle the criticism, work on their mistakes and make the team better and themselves better,” he said. “We need to win and get back to .500 in league.”