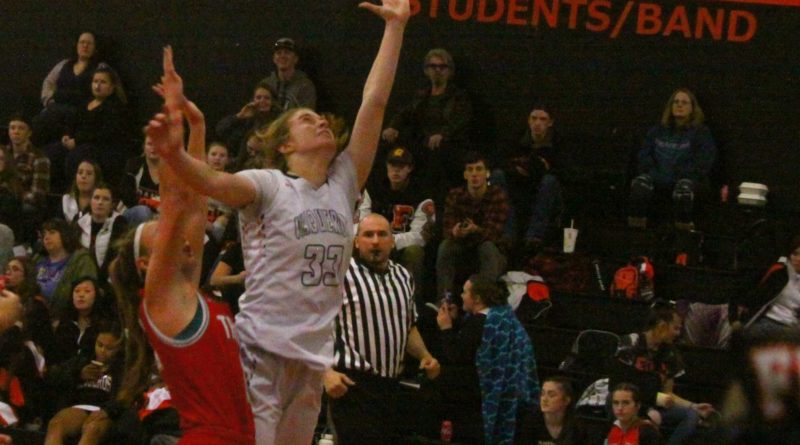 After suffering a pair of losses in a tournament in Boise, the Fernley High School girls basketball team picked up right where it left off in its return to league play, dominating its first four opponents to start the new year. The Vaqueros beat Truckee Friday night for its fourth straight win and finished the first half of league play with a 9-0 record in the Northern 3A, and 13-2 overall.

In Friday’s game, the Vaqueros grabbed control of the game in the second quarter and steadily pulled away until going into maintenance mode in the fourth quarter.

The teams exchanged the lead several times in the first quarter, which ended with the Vaqueros up 14-13. But a combination of a couple of defensive adjustments, and the hot shooting of Jaiden Sullivan, helped the Vaqueros pull away to a 37-27 lead at the half, which they extended to 58-37 after three quarters.

“(Sullivan) got hot, started shooting well, making good decisions,” coach Tom Kingston said. “Throughout the whole game, after that point, we adjusted to some things and then during the process they just really played together as a team and then made the right decisions throughout the game.”

Truckee created several fast break opportunities for itself by beating the Vaqueros’ pressure with long passes, leading to a couple of easy baskets, and they also caught the Vaqueros out of position on defense a handful of times early.

“That first quarter our help was out of help positions a couple of times” Kingston said. “Other than that, we found the mismatches and we did well.”

The Vaqueros attacked with a free-flowing offense and quick ball movement, and often beat the Wolverines to the basket on back cuts. Their unorthodox offense, with interchangeable parts and multiple players switching into and out of the post, often left players with an advantage against a defender.

“These are all girls that can score, and it depends on whose night they are,” Kingston said. “Sullivan shot really well tonight, and she made good decisions.”

Kingston said it was a particularly sweet win, because it was Truckee that beat the Vaqueros in the Northern 3A Tournament last year, and had beaten the Vaqueros several times in the past couple years.

“It feels really good,” he said. “To beat them over 20 points is really special, because the last few years they’ve beat us by 8 to 12.”

Sullivan, along with Willow Jacobson, led the Vaqueros with 16 points each, while Karli Burns, Katelyn Bunyard and Celeste Condie, each scored 10.

The Vaqueros face a busy week this week with three games. They will travel to North Valleys Tuesday, host Lowry Thursday, both at 6 p.m., then finished the week at Fallon at 1 p.m. Saturday.

With no consecutive game days, the Vaqueros will have a day of preparation before each game.

“We need that just to make sure were studying the right stuff,” Kingston said.