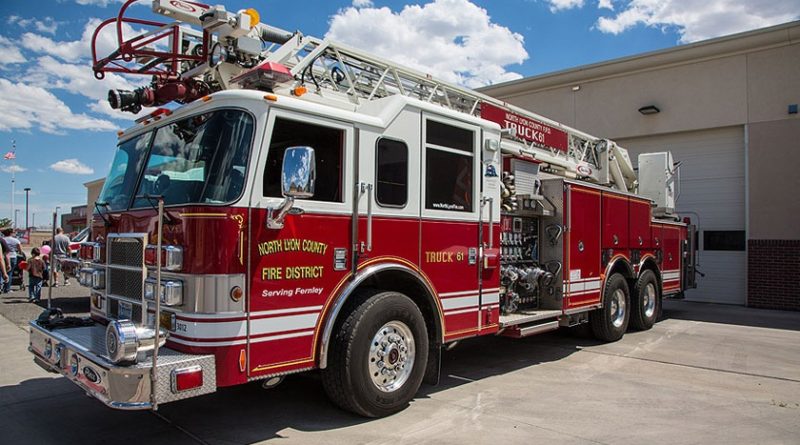 Four people were displaced from their home on Jenny’s Lane because of a fire Thursday night.

Huntley said the firefighters were able to contain the fire to the garage, but four people were displaced from the home due to collateral damage.

Huntley said the cause of the fire was accidental.

“A person was working on the vehicle inside the garage with a jumper cable,” Huntley said. “They tried to put the fire out with a fire extinguisher but it was too big.”

A total of 11 firefighters from North Lyon Fire as well as four members of the district’s Rehab team contributed to the effort, and a crew from Central Lyon Fire assisted with clean-up.

During that call, an ambulance from Banner Health was placed on standby for mutual aid and responded to the shooting at the Wigwam along with a North Lyon emergency crew, and there a total of three medical incidents simultaneously. Huntley said patients were transported to medical facilities by Banner Health, Storey County Fire, and North Lyon County Fire.

“Although the fire was quickly addressed the community again was faced with delayed response times due to limited staffing,” Huntley said. We are seeing more incidents due to increased population and more serious incidents. These impacts were predicted by the North Lyon County Fire Protection District. We believe residents will see far more delays in service in the future. We will continue to work to provide the best services with what we have been given. If you have any questions about our services please contact us.”