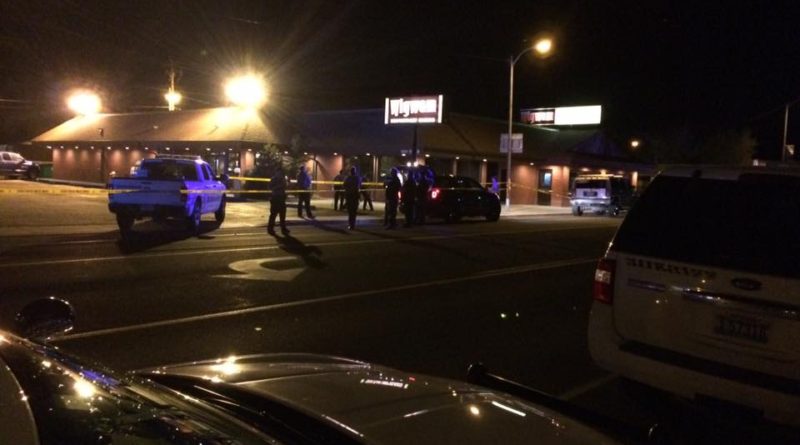 One person was shot and the Lyon County Sheriff’s Office is searching for two suspects in an attempted armed robbery Thursday night at the Wigwam Restaurant and Casino.

“We do have two male suspects, the problem is they wore all dark clothing and they wore masks, so we have no identification as to race or build,” Carlson said. “They were armed and all we’ve been able to ascertain right now is that they left in a dark sedan.”

The robbery occurred around 10:30 p.m. when the two suspects entered the restaurant and investigators were still interviewing witnesses at 3 a.m.

Carlson said the sheriff’s office is aggressively trying to find the suspects, and has notified surrounding law enforcement agencies to be on the lookout for the suspects.

“At this time this still remains an active scene, and it looks like we’ll be here for a while,” Carlson said.

Carlson did not say whether the victim was an employee or a customer, or whether the suspects got away with any money during the robbery.