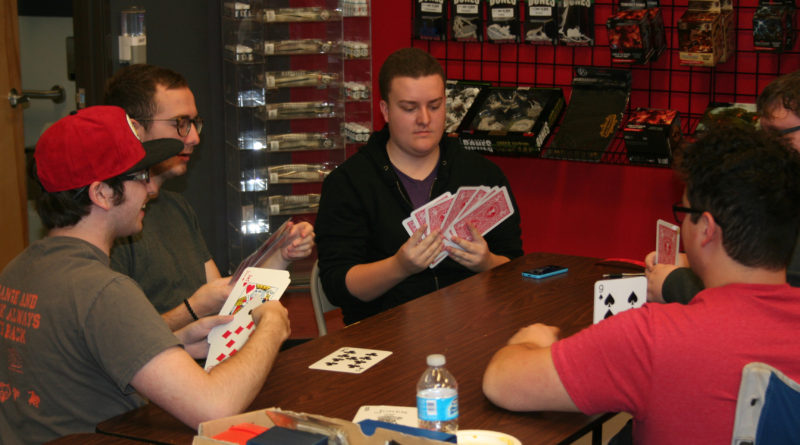 Living in Hawthorne, Jennifer and Tim Beeman had to travel to Reno to play their favorite games.

After moving to Fernley, they decided to offer a place for locals to play.

The couple celebrated the Grand Opening of their new shop, Dice-N-Duels, a game shop specializing in board games, card games, and table top war games at 192 E. Main St., Suite 6.

Dice-N-Duels sells games and accessories and provides the necessary equipment to play games and tournaments and the space to play.

“We provide a safe environment for kids to come in and do trading cards and play games,” Jennifer Beeman said.

Jennifer said the shop has been about 8 months in the making.

Tim and Jennifer moved to Fernley from Hawthorne a year ago. There, both worked for the defense contractor SOC. Jennifer also owned a bakery. Tim now works as a welder at New Millennium.

Dice-N-Duels is sanctioned by Wizards of the Coast and allows players to play games such as Magic: The Gathering, Pokemon and many other board, card or dice games,

“I had my dream of having my bakery in Hawthorne, and Tim and I were playing these games and had to drive to Reno to play these games,” Jennifer Beeman said. “We decided we’re going to provide this service here.”