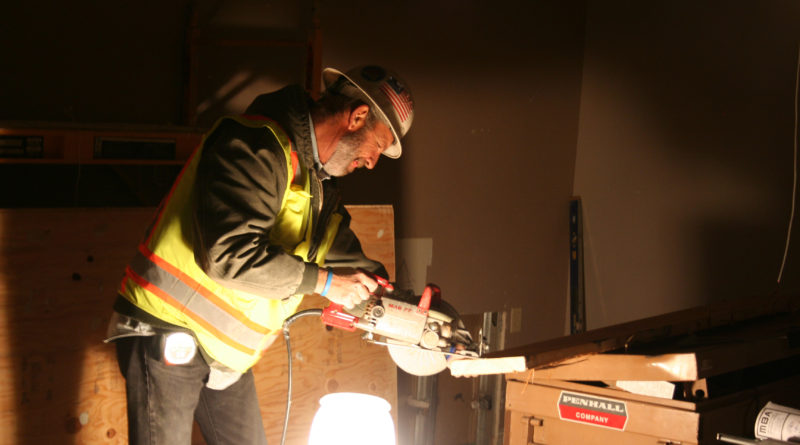 For several years, Pioneer Crossing Casino owners Mike Benjamin and Mike Melarkey have had a set of plans for the renovation of their Fernley casino.

Finally, they are able to put their plan in place.

Renovation of Pioneer Crossing’s Fernley property started Feb. 22 and will include an expansion of the gaming floor and Player’s Club, redesign of the restaurant and a new lounge environment with several big screen televisions.

“This all stems from fact that the property is almost 12 years old, so it’s time to freshen up the look of the property and give customers something new,” Benjamin said.

Benjamin said the plans for the renovation project were actually drawn up several years ago, but were set aside during the recession.

Work on the project began with construction of a temporary wall on the and demolition of the existing office space, which will be made into an expansion of the gaming floor.

The old stage is being replaced by a large series of video walls, which will feature ten 65-inch flat screens for sports and events, creating a lounge environment. The Players Club area will be tripled in size to allow guests easier access, and the additional room for gaming will add 48 machines to the gaming floor.

The restaurant will be remodeled with new tables and chairs, a lower ceiling, chandelier lighting and the addition of several new TVs.

The name of the restaurant is also being changed from the Chuckwagon Café to the Branding Iron Café and Steakhouse, to mirror the Dayton location. The menu will remain the same, with the addition of a couple of signature steaks, Benjamin said.

“And we’re not increasing any of the pricing,” he said.

In addition, the carpeting will be replaced.

In all, Benjamin said the changes are to make things more comfortable for their customers, whether they want to gamble, eat or just sit and visit with friends.

“We want to give customers more variety,” he said.