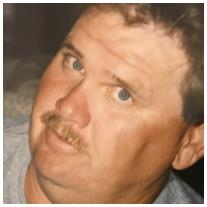 One of the things most young reporters are taught is not to become friends with the people they cover.

But when you work in a small town, and when the people you cover are like Dave Hart, that advice is impossible to follow.

Dave Hart passed away on May 20, but he left an indelible impact on thousands of lives. It’s knowing people like Dave Hart that adds the richness to life, and for those he mentored and who were lucky enough to know him best, he left a stamp on their lives that they will never forget.

For the past several years I’ve played in a fantasy baseball league Hart ran online, and my last communication with him came last fall, after my team had won the regular season title rather easily, then lost in the first round of the playoffs.

He sent me a long note full of good-natured ribbing about my team coming up short when it mattered most. That’s why I was surprised a couple of weeks ago, after his team beat mine to knock me out of first place, that I didn’t hear from him. It was only a week or so later that I heard about his passing.

I had gotten to know Hart pretty well through covering the Vaqueros during the last half of the 1990s, but it was in 2003 that I first-hand saw the depth of his character. That January, I accepted a job as sports editor of a daily newspaper in Carlsbad, NM, but six months later because of a series of medical emergencies in my family, I quit my job and moved back home.

I was afraid I was sacrificing my career, and although I was perfectly willing to do that to be here for my family, I had no idea what I was going to do. I stopped by during the first week of football practice to say hello to Hart, and knowing I had moved away for a job, he asked what I was doing back in Nevada. I explained what was happening and how I wasn’t sure what I was going to do.

“Good people always land on their feet,” he said, along with a lot of other words of encouragement and good advice.

I got to give those words right back to him a couple of years later, after he was fired as FHS football coach. Sure enough, he landed on his feet as the athletic director at Homedale High School in Idaho, where he went on to teach and coach for another 10 years.

But while Dave Hart was my friend, he was so much more than that to a lot of other people.

“Dave Hart was a life changing presence in Fernley,” said Scott Gillespie, who played football for Hart and later became an assistant coach, and still coaches under head coach Chris Ward. “He was instrumental in shaping my life as a student athlete and then later as a young football coach.”

Steve Henderson, who played quarterback for three years for the Vaqueros and is now the principal at Dayton High School, said Hart was one of the mentors who guided him down the path that he is on.

“He was always fun, loving, caring, and treated each player/student with respect and honor,” Henderson said. “He touched many young people’s lives, from the classroom to the field.”

One of Hart’s most enduring lessons was his motto, “Don’t let go of the rope.”

Ross Wilson, who came to Fernley to coach basketball in 1987 and served five years as an assistant football coach with Hart, said Hart would preach to his team the importance that if you were falling off a cliff, you would want your teammates to pull you back up. “Don’t let go of the rope” was Hart’s way of teaching players to be the kind of person their teammates could count on, both in being supportive, and in accepting their support.

“His motto has seen me through many tough times,” Gillespie said. “As our coach, you truly knew that he cared about you as a person, not just what you could do on the football field. He was the kind of person that you could go to just to talk without fear of judgement. He always saw the best in us… even when we weren’t at our best.”

Hart was full of stories, and any visit with him was sure to end in uproarious laughter.

“Some of the hardest times I’ve ever laughed in my life were due to Dave Hart, something he did or said, or telling a funny story,” Wilson said. “Dave Hart just kept me in stitches half the time.”

Hart fostered rivalries against Fernley’s Lyon County opponents, Yerington and Dayton, and came up with the Golden Pick to be awarded to the winner. But those rivalries were always friendly, and one year at a defensive camp hosted in South Lake Tahoe by Nevada Union High School, the coaches sat around a campfire well past midnight, listening to Hart tell stories.

“As light-hearted as he could be, he was serious about preparation for the game of football,” Wilson said.

Hart would come to practice each day with a plan in scheduled to the minute.

“As a coaching mentor he was extremely patient and knowledgeable,” Gillespie said. “We would and could talk football until late night turned into morning.”

Hart also went to elaborate measures to motivate his teams. One year, before a game against Yerington, he printed a fake letter on purple paper and went to Yerington to mail it so it had a Yerington postmark. The letter purported to name Fernley players that Yerington coaches thought they could take advantage of. The Vaqueros came out particularly fired up, and led 41-0 at halftime.

Wilson said the man his friends called “Bear” also went out of his way to take care of his players.

“He was extremely generous,” Wilson said. “Like if a kid didn’t have something, he would come up with it, and I suspect he went and bought it himself.”

Henderson said one of his favorite memories is the confidence Hart had in him to call a boot pass in Henderson’s first varsity game as a sophomore against Manogue. Henderson connected with Cody Reeder for a touchdown in the final seconds to win.

“He built me up and helped shape the love and passion that I have for football,” Henderson said. “Coach not only coached the game but he also preached character and being a better person. He will be dearly missed and always remembered.”

Scores of Hart’s students, players and coworkers have similar memories, and share similar stories and sentiments.

“I would not be the person I am today if not for Dave Hart,” Gillespie said. “I truly hope that he would be proud of me.”