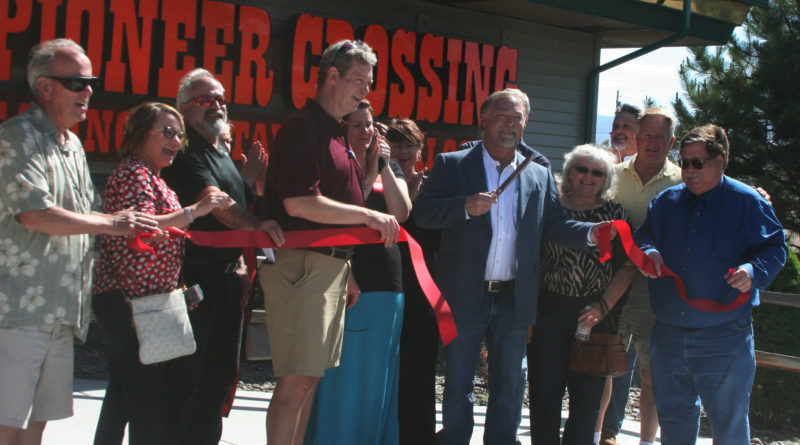 Pioneer Crossing celebrated the expansion and remodel of its Fernley property with a ribbon cutting ceremony and Open House on May 24.

The estimated $1 million remodel of the first of Pioneer Crossing’s three Lyon County properties was completed around the beginning of May. It includes new carpet throughout the entire property, a remodeled and expanders Players Club, a remodeled cashier’s cage, a remodeled and rebranded restaurant, the new Roaring Camp Sports Bar & Lounge, replacing the old stage area, and a new gaming area.

The new gaming area includes an additional 1,600 square feet of gaming floor, replacing what had been offices along the northern portion of the building. With 42 new state of the art slot machines, the casino increased its slot capacity by 25 percent.

Pioneer Crossing Casino Fernley was built and opened in 2005. Pioneer Crossing added properties in Dayton in 2009 and Yerington in 2013. The three locations employ more than 200 people in Lyon County, 76 of them at the Fernley location.