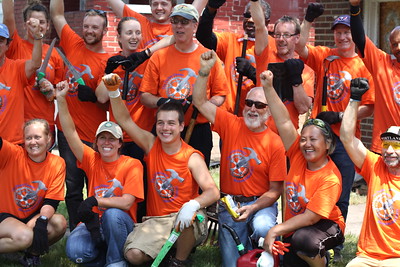 The Fuller Center Bicycle Adventure is celebrating its 10th year of raising funds to combat poverty housing by trying to raise a record $400,000 this summer, which would put the ride’s all-time fundraising over the $2 million milestone.

This year’s cross-country route takes cyclists 3,600 miles from San Francisco to Savannah, Georgia, averaging about 75 miles of riding per day through the Aug. 5 conclusion. In addition to raising money and awareness for the nonprofit Fuller Center for Housing, cyclists will participate in six build days along with the way with Fuller Center affiliates.

The riders arrive in Fernley on Saturday, June 10, after an 81-mile ride from South Lake Tahoe. They will enjoy a rare off day in Fernley on Sunday, June 11, before resuming their cross-country journey with a 63-mile segment to Lovelock on June 12. While in Fernley, the riders will be hosted by St. Robert Bellarmine Church.