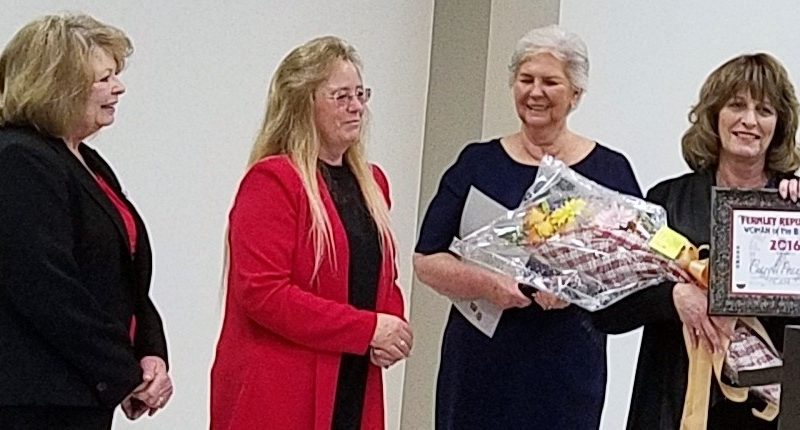 FRW President Carol Franich was presented with a plaque and a bouquet of flowers in front of a crowd of more than 150 attendees, including Secretary of State Barbara Cegavske, Attorney General Adam Laxalt, Treasurer Dan Schwartz, Controller Ron Knecht, a number of state legislators and many state party officials.

Franich was selected because of her long dedication and service to the FRW and veterans. Since joining the FRW in 2010, she has served 2-1/2 terms as Treasurer, and two terms as 1st Vice President.

Franich was elected President for 2016 and again for 2017. During 2016, she not only fulfilled her duties as President while undergoing two major surgeries, she also helped with the election campaign office after work and on weekends, making telephone calls and walking precincts in support of Republican candidates.

Franich has also been supportive of programs for veterans, assisting at the Memorial Day and Wreaths Across America programs at the Northern Nevada Veterans Cemetery in Fernley for several years.