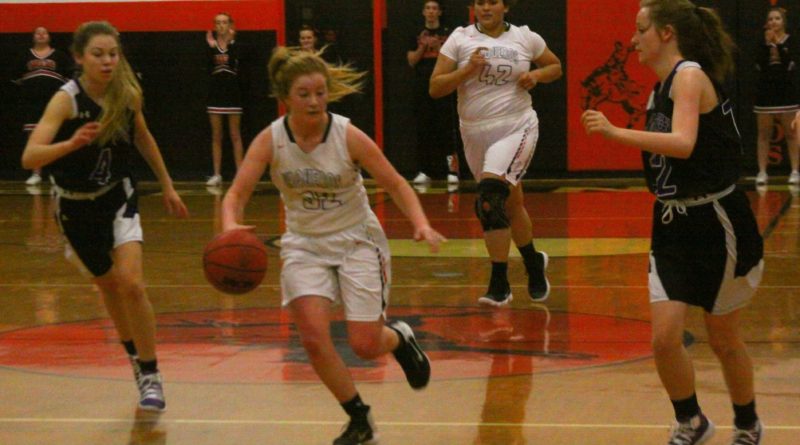 With their playoff seed likely set, the Fernley girls basketball team is hoping to build momentum for next week’s Northern 3A League Tournament at North Valleys.

The Vaqueros split their last two games and are fifth in the league standings heading into Friday’s game against Lowry at 6 p.m. and Saturday’s against Fallon at 1 p.m.

The Vaqueros can’t fall to the sixth seed, but would have the chance to climb to fourth only by beating both Lowry and Fallon, and having Lowry lose to Sparks.

The Vaqueros have been competitive against each of the teams ahead of them in the standings, but it was a 45-41 loss to Truckee last Tuesday that likely knocked them from a top four seed.

The Vaqueros got off to a slow start, scoring just five points in the first quarter and trailed 10-5, but they rallied to take a 21-20 halftime lead.

“We struggled early with turnovers and not catching the ball cleanly, which complicated our ability to get offense fluidity,” coach John Rogers said. “The girls made a nice recovery in the second period and clawed back into the game.”

But the third quarter was a repeat of the first, and this time, the Vaqueros couldn’t get back over the hump.

They turned the ball over four times in their first five possessions, while Truckee built a 6-point lead. Fernley tied the game on a 3-pointer with 1:30 left in the game, but Truckee went 6-of-6 from the foul line to close out the game and the Vaqueros only managed one basket.

Tuesday, in a game that was postponed Saturday, the Vaqueros beat South Tahoe 69-36.

“We increased our intensity on defense and got a ton of transition baskets off turnovers,” Rogers said. “I also challenged them about giving up second and third chance opportunities with offensive rebounds and in the second half we limited those tremendously.”