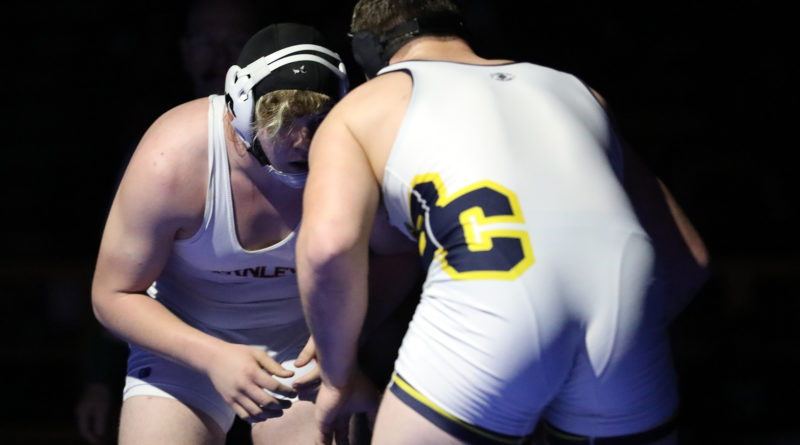 Fernley finished 12th overall as a team with 32 points. Spring Creek dominated the meet to win the team championship with 236 points, while Virgin Valley was second with 83 points and Boulder City was third with 77.

“We knew State was going to be full of tough battles so it was going to be a fight every match,” coach Ernie Garcia said. “For four of the five qualifiers, it was their first state tournament.”

Jones beat the eventual third and fourth place finishers in his path to the championship match at 138 pounds He beat Marc Gonzalez of Chapparal 6-3 in the first round, then avenged a regional tournament loss to Austin Wirth of Spring Creek with a 4-2 win in the semifinals.

“If I had to choose one coaching moment of the year it would be that match,” Garcia said. “It took incredible grit and belief to make that win happen being down by one late, but he never let up.”

In the championship match, Jones lost a 9-6 decision to Q Boyd of Spring Creek.

“His finals match was a testament to his growth and belief in himself,” Garcia said. “We wrestled that guy two weeks ago and were pinned in the first round. This time it was a 1-point match with 15 seconds to go. Kyle had him on his heel but didn’t have quite enough time to score.”

Garcia said Jones will achieve big things in the rest of his Fernley career.

“He has a high ceiling and I can’t wait to watch him go win a couple of state titles in the future,” Garcia said.

Piroddi entered the tournament as the North No. 1 seed, and he swept to the finals by pinning Christian Monje of Pahrump in 4:41, and a 3-1 decision over Hunter Hood of Spring Creek. In the championship match he lost 5-1 to Ryan Vanario of Boulder City.

“Setriano knew he would be battling for a state title so it was no surprise to see him in the finals,” Garcia said. “I think nerves got to him a little because he was a little hesitant in that finals match. I know he has the ability to win that match. We’ve got to get him more confident in his offense and he will be an undefeated wrestler next year.”

In the 152-pound class, Jackson Chapin went 1-2. He started off with an exciting 13-12 win over eventual third-place finisher Russel Bodily of Moapa Valley in the first round, but was pinned by eventual champion Tommy McCormick of Fallon in the semifinals, and eliminated by a pin by Caden Constable of Spring Creek, who finished fourth, at 4:16.

“He was heartbroken after that match, especially since a medal was on the line, and I feel for him,” Garcia said. “Jackson had lost by roughly eight points in their last two battles so it’s tough to be that close and not get it done. He wrestled a great tournament and he has a fire inside of him to continue to get better. So I’m confident in that he’ll be on the podium these next two years.”

At 106 pounds, Brody Garrett was eliminated with two losses, a pin by Ethan Woods of Virgin Valley and an 8-5 loss to Elliot Leaman of Elko.

“Brody wrestled the eventual state runner up out of the gate and then would wrestle the Elko kid after to try and avenge last week’s lost,” Garcia said. “He came up just short but showed a lot of fight. Brody is the better wrestler in that case but a few little flaws in his technique kept him from making it happen. He has a bright future. We’ll work on some things and he’ll be on that podium for the next three years.”

At 160 pounds, Emiliano Alonzo also went 0-2. Alonzo was pinned by Dylan Wright of Pahrump in 1:43, then lost a 3-2 decision to Hayden Moore of Boulder City.

“Emiliano really showed growth in his second match. Probably his best match all year but he came up short 3-2 due to his shoe laces not being tucked in at the beginning of the match,” Garcia said. “Tough situation but one of those details that you have to pay attention to.”

All five Fernley qualifiers were underclassmen and will be back next season, but Garcia said they are all unsatisfied with their results at Sate.

“They have a lot to be proud of but it’s great to see them have high expectations for themselves,” Garcia said. “These guys are going to put the work in and be really tough next year. I think their desire to improve is only going to make the other guys stronger as well. All five of these guys will win at least one state title by the time they get out of here, I’m confident in that. I couldn’t have asked for a better group for my first year here at Fernley. This team is special.”