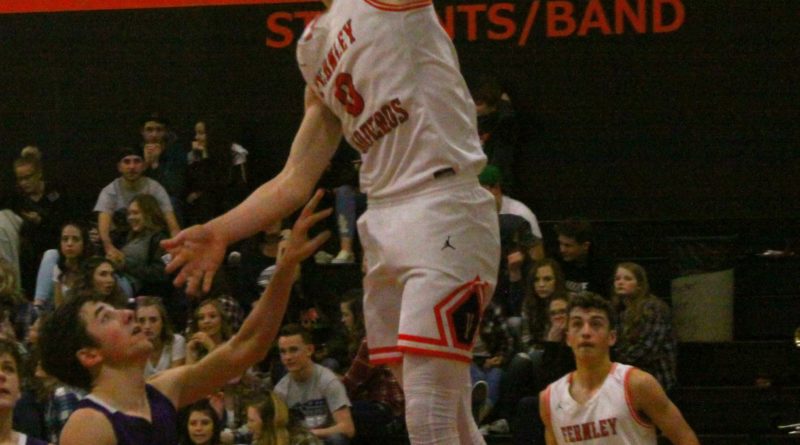 Having already qualified for the 3A Northern League Tournament, it’s certain that the Fernley boys basketball team will be playing in the first round next Thursday. What seed they will be and who they will face will be determined in the next two days.

The Vaqueros enter the final weekend of the regular season in a three-way tie with South Tahoe and Dayton for fourth place with a 9-7 record and are scheduled to host Lowry Friday at 7:30 p.m. and Fallon Saturday at 2:30 p.m.

Fernley can finish seeded anywhere from fourth to sixth, and will play in Thursday’s first round. Elko, Fallon and Lowry are locked into the top three seeds, and both Elko and Fallon will get first-round byes.

The Vaqueros are coming off a split of their last two games, a 60-40 win over Truckee last Tuesday that ran their winning streak to three games, then a 56-43 loss to South Tahoe Tuesday evening that snapped their streak.

Drew Miller led the Vaqueros with 16 points against Truckee, while Carson Kingston and Daunte Ceresila each scored 10. Fernley outscored Truckee 18-10 in both the second and third quarters to take control of the game, after holding a 12-11 lead after one quarter.

“We were a little sloppy in the first quarter, but we continued to play hard and came out with a ‘W’,” coach Derek Miller said.

In a game played Tuesday after being postponed last Saturday, the Vaqueros rallied from an early deficit, only to see South Tahoe pull away late for a 56-43 win.

After South Tahoe led 19-8 after the first quarter, the Vaqueros steadily chipped away and went to the fourth trailing by just a point, 34-33, but the Vikings closed the game with a 22-10 fourth quarter.

Miller again led the Vaqueros with 16 points, but was the only Fernley player to reach double figures. Rei Robinett and Kingston each scored 6.

“We are stressing to the team that we need to continue to execute and make fewer mistakes as the playoffs are getting closer,” Miller said.