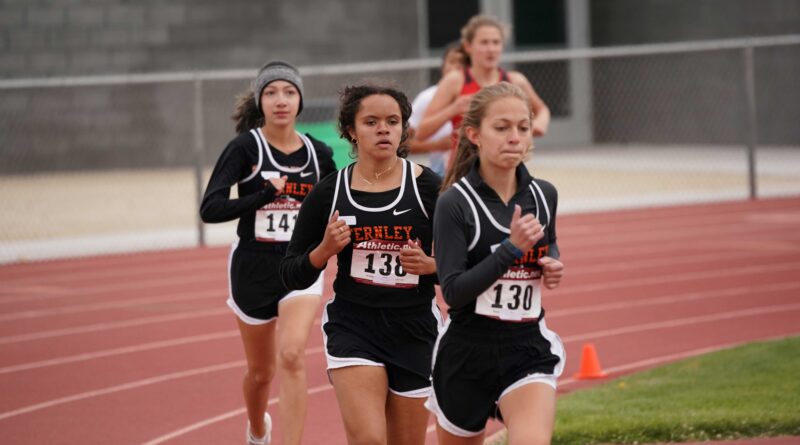 The Fernley High School boys track team placed second and the girls team placed sixth in the Northern 3A Region Championships at Fallon on May 21.

The meet was dominated by Spring Creek, which won the boys meet by 71.5 points, and the girls meet by 39.5.

The boys team was led by seniors Dustin Boutell and Carson Humes, who each had two top three individual finishes, and led two relay teams to first place finishes.

Humes, Connie Hunter, Boutell and Austin Gerhardson combined to beat the team from Spring Creek by three seconds in the 4×400 relay, with a winning time of 3:41.72.

In the 4×800, Humes, Hunter, Boutell and Morgan Zolyniak ran away from the field to win nine seconds ahead of a team from Truckee, with a time of 8:47.05.

Zolyniak also made the medal stand individually in the 1600 meters with a personal record time of 4:53.72 in a close race where each of the top five runners finished within five seconds of winner Benjamin Picard of Truckee.

Fernley’s other medal winning event was the 4×200 relay, where Sky Yi, Gerhardson, Adrian Shelton and Lucas Jurich were fourth with a time of 1:42.73.

Fr the girls, Aurora Parsons was the regional champion in the discus with a throw of 108-1, while Heaven Conner had a second place finish in the pole vault with a leap of 8 feet.

Karli Burns made the medal stand in the 100-meter hurdles with a fourth place finish in a time of 17.55, and the Vaqueros also won hardware in three relays. In the 4×200, Camille Radli, Merissa Di Stefano, Naomi Wyant and Kiriann Johnson placed second with a time of 1:58.26. In the 4×400 relay, Myla Bott, Vianca Frias, Di Stefano and Karley Hodgden placed third in 4:32.41, and in the 4×800, Bott, Trinity Garcia-Anders, Laila Kinnick and Hodgden took third in 11:22.72.