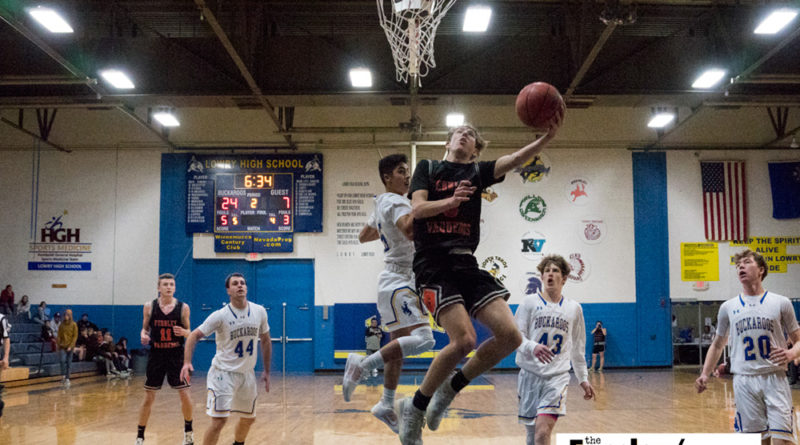 Each of the Fernley High School boys basketball team’s wins this season have been isolated affairs so far this season.

But after taking down Lyon County rival Dayton in double overtime Tuesday night, the Vaqueros will seek their first winning streak of the season when they host South Tahoe at 2:30 p.m. Saturday.

In a game that was tight throughout, the Vaqueros dominated the second overtime period to claim a 72-65.

The game was tied after four of the six periods. After a 17-17 opening quarter, Dayton took a 24-21 advantage to the halftime locker room. But Fernley outscored Dayton 18-15 to go to the fourth tied at 39-39, and the game was tied at 54-54 at the end of regulation and 59-59 after the first overtime.

Carson Kingston led the Vaqueros with 24 points, while Anthony Thompson scored his varsity career high with 21.

The win improved the Vaqueros overall record to 3-7, and pulled them into a tied for sixth place with Dayton at 2-4 in the Northern 3A. The Vaqueros are one game behind South Tahoe, which sits in fourth place at 3-3, and the Vaqueros can pull into a fourth place tie with a win over the Vikings Saturday.