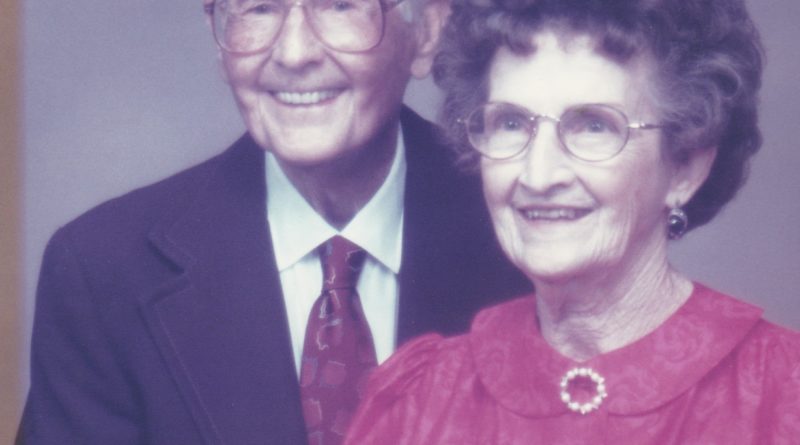 Western Nevada College students, for generations to come, will have Martha “Betty” and Clarence Berger to thank for their start in higher education and shaping their professional careers.

The Clarence and Martha Berger Trust Scholarship Endowment was created with a generous $500,000 donation from the late Carson City couple through the WNC Foundation. Betty’s fondness for young people, in part, may be the reason the large donation was made.

“I know that neither Aunt Betty or her husband attended college, but I also know she took great pride in the accomplishments of her many nieces and nephews, which include great, great-great, and great-great-great,” said Jan Leonard, a niece of the Bergers.

WNC Foundation Director Niki Gladys estimated that more than 20 students per year will benefit from the generous scholarship endowment.

“We are incredibly grateful for the generosity of the Bergers,” Gladys said. “This was an extraordinary gift that will benefit students for a very long time. The Bergers planned this gift as part of their legacy and it’s a great privilege to support their wishes.”

Betty passed away in late August, just a few months shy of her 101st birthday. Her preferred name became Betty not long after being born in Huntington, Ind., because her great aunt, also named Betty, didn’t like that the newborn wasn’t named after her and began calling her Betty anyway.

The Bergers were deeply rooted in Carson City. Betty graduated from Carson High School in 1936 after moving to the area from Wyoming as a high school freshman. Betty and Clarence were married at First Presbyterian Church in 1942. Clarence worked for the U.S. Postal Service for 33 years and served in the U.S. Marine Corps following his graduation from Carson High in 1930. Betty was an accountant with the State of Nevada and also worked in banking.

Betty lived life to the fullest

Betty remained energetic and active even after 100th birthday. Her strong and independent personality will be remembered by anyone who encountered her.

“My aunt was constantly on the go; there wasn’t much that would keep her down,” Leonard said. “She loved going to yoga well into her 100th year. She stayed as active in the community as she could. She loved volunteering at church.”

Leonard said that even macular degeneration didn’t slow down her Aunt Betty.

“My cousin and I had to convince her it was time to give up her driver’s license when she was almost 100,” Leonard said. “That was rough, but it didn’t stop her. She would walk all over town, much to our dismay, to keep on the move. We were always worried about her possibly falling because of her poor eyesight. We could ask her over and over not to do things like, go in her basement, climb on chairs or walk in the heat of the summer, but she would do it anyway. Her comment usually was: ‘I’ve done this for years,’ and I would remind her that she was now 100 and shouldn’t be doing those things.”

To commemorate Betty’s 100th birthday, Congressman Mark Amodei presented her with a flag that had flown from the Capitol Building and then-Gov. Brian Sandoval sent her a certificate of recognition.

The Clarence and Martha Berger Trust Scholarship Endowment will support students attending Western Nevada College who have a financial need for support. Students can apply for the scholarship, as well as other scholarships offered through WNC Foundation, at wnc.edu/scholarship.

The Western Nevada College Foundation is a non-profit, 501(c)3 that connects the college to the community for the purpose of raising funds and developing friendships that support college strategic initiatives, projects and student scholarships.

For information on starting a scholarship in your name, contact the WNC Foundation at 775-445-3240 or stop by the Foundation Office in Bristlecone Building 145.