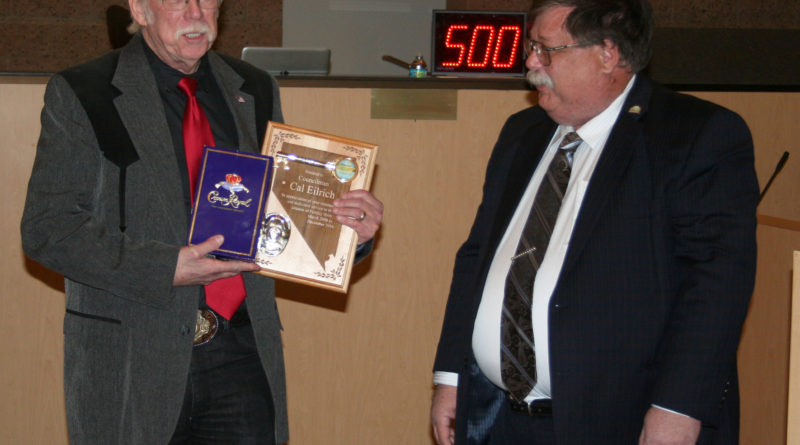 Newly elected Fernley City councilwoman Gran McKay and reelected councilman Dan McCassie took their oats of office as they were sworn in at the beginning of the council’s meeting, Wednesday Dec. 7.

In addition, Mayor Roy Edgington presented retiring councilman Cal Eilrich with a plaque containing a key to the city, a bottle of Crown Royal and a quilt made by McKay as tokens of appreciation for his 9 years on the council.

McKay was elected to fill Eilrich’s Ward 5 seat. She won the office by virtue of receiving more than 50 percent of the vote in the June primary election, bypassing the November general election.

McCassie defeated Don Parsons in the Ward 2 race in November.

Eilrich served two full terms in office after being appointed to the council to fill a vacancy in March, 2008.