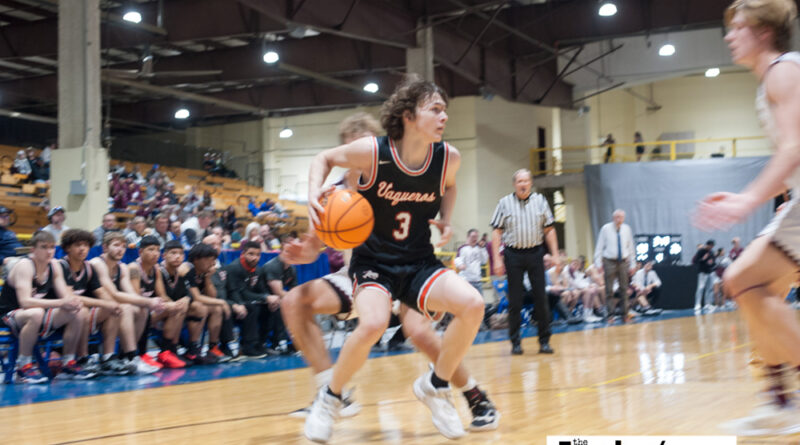 Even with only one player returning from the last time they were allowed to play, Fernley High School boys basketball coach Derek Miller was already excited about the potential of this year’s team before they even played a game.

Following up a strong regular season with three good performances at last week’s Northern 3A Region Tournament, the Vaqueros proved that Miller’s excitement was well founded.

The Vaqueros beat Hug 63-44 on Thursday and Wooster 58-43 Friday to qualify for Saturday’s region championship game and this week’s 3A State Tournament in Las Vegas. And even in a 61-38 loss to Elko in the region championship, the Vaqueros played much more competitively than they had in the two regular season meetings between the teams.

“I’m very pleased with the whole weekend,” Miller said. “Of course, I would have loved to win the whole thing, but they are one of the better teams in the state.”

So too, as they proved over the weekend, are the Vaqueros.

“We’re a team that, if we shoot the ball well, we’re pretty tough in our own right,” Miller said.

The Vaqueros will open the tournament against Boulder City at 12:20 p.m. Friday at the Cox Arena on the UNLV campus. Elko will face Somerset Academy Losee in the other semifinal at 9 a.m., with the two winners meeting for the state championship at 11:50 a.m. Saturday.

The Vaqueros lost 53-36 to Boulder City in the second game of the season, when they were still trying to integrate 12 new players.

Possibly the most encouraging sign for the Vaqueros to come out of last week’s performance is that  they played as well as they did, even though their outside shots weren’t falling.

Against Hug, the Vaqueros made just 4 of 15 3-pointers, but they converted on 21 of 30 shots inside the arc, mostly by attacking the basket. It was similar against Wooster, where the Vaqueros hit just 4-20 from 3-point range, but 16 of 30 from inside.

Ryan Gamsby and Jett Caudle scored 15 points each against Hug, and Carson Kingston added 13 points and pulled down 11 rebounds.

Against Wooster, the Vaqueros opened the game with a 12-2 run and maintained a double-digit lead most of the way. Gamsby led the offense with 19 points, Caudle added 13 and Kingston scored 10.

Against Elko, the Vaqueros fell behind 15-3 after a quarter, but acquitted themselves well the rest of the way.

Now they turn their attention to Boulder City, and to soaking up the State Tournament experience. Fernley’s last trip to State was in 2017, when they lost 49-35 to Desert Pines.

“I just tell them to enjoy it, because it doesn’t always come around,” Miller said.