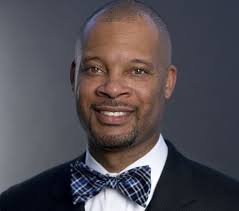 “Defending states’ rights, protecting public safety and improving our criminal justice system are priorities for my administration,” said AG Ford. “I believe each state knows its industry and needs best, and I urge Congress to pass legislation that will allow Nevada and other states to determine the best approach for regulating cannabis within their borders.”

In a letter to congressional leaders, the attorneys general explain how a majority of Americans are affected by this issue. The legal cannabis industry in 33 states and several U.S. territories employs hundreds of thousands of Americans nationwide, and is expected to generate revenue between $50 to $80 billion over the next 10 years. Current federal law prevents banks from providing services to these state-regulated businesses, which forces them to operate almost entirely in cash and poses serious safety threats. In 2016, a Marine Corps veteran who worked as a security guard at a dispensary in Colorado was murdered during an attempted robbery. In 2018, thieves robbed a cannabis-infused product company in California, destroying computers, trucks, and safes before making off with hundreds of thousands of dollars in cash. The STATES Act would permit cannabis-related businesses in states and territories with existing regulatory structures to access the federal banking system and deter criminal activity.