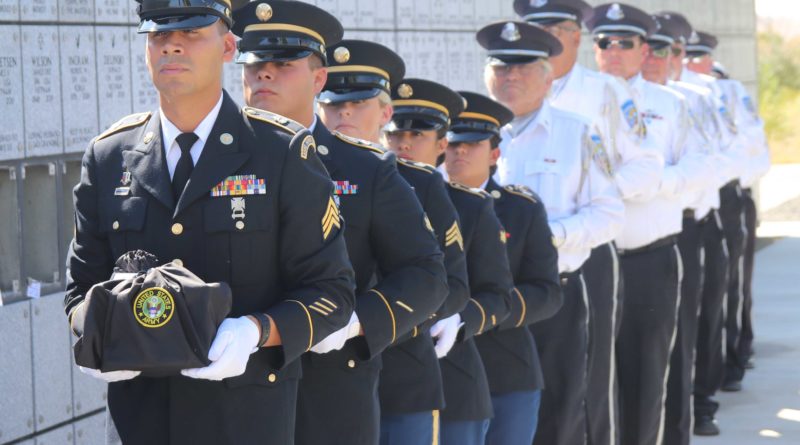 The Nevada Veterans Coalition recently honored 15 soldiers and sailors plus one airman at the quarterly Missing in Nevada military service at the Northern Nevada Veterans Memorial Cemetery in Fernley.

Kandt explained the Missing in Nevada project and said the program identifies military personnel whose remains have never been claimed. Because of a change in state law, the remains can now be identified and released from a funeral home to the NVC to conduct a service.

“The remains have been left at a funeral home or in a storage shed,” Kandt said. “No one comes back to claim them for whatever reason.”

Kandt recited a quote from English author George Eliot that applies to the numerous MIN services.

“Our dead are never dead to us until we have forgotten them,” Kandt said.

Tom Draughon of the NVC conducted the service. He said it’s a sad occasion, but at the same time an honorable occasion to remember the 15 men.

He said the coalition’s work will not stop until all unclaimed veterans are identified and they receive the proper military service.

The NVC will now conduct its monthly unaccompanied services for veterans on Thursday beginning at 3 p.m.at the NNVMC.

The recently honored veterans, which includes two World War I soldiers, were interred in the columbarium by volunteers from the NVC and the Nevada Army National Guard.