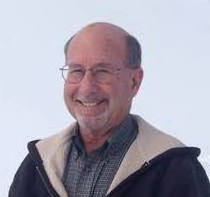 Victor Gale Camp never met a stranger. He was the kind of man who always seemed elated to meet a new person, making every individual feel like an immediate best friend. His laugh was infectious and his humor…although definitely colorful…most often drew guffaws and good moods from his audiences.

Vic was born in Fort Riley, Kansas to Lt. Colonel Orville Sylvan Camp, and Dorothy Jane Camp on August 3, 1946. Being a child of the military, he lived in many places including Wurzburg Germany, Stockton California, Bellingham Washington, ultimately settling in Reno, Nevada. Following in his father’s footsteps, and being a spirited patriot, Vic fought in the Vietnam War in one of the first platoons deployed to DaNang in 1965. He returned with a Purple Heart and remarkably, with plenty of love to share. So, it wasn’t surprising that shortly thereafter, he met Sue Berger who loved him right back simply because he made her laugh. They married in Santa Ana, California in 1967.

A man of many talents, Vic was always ready to ‘get the job done,’ no matter the circumstances. Throughout his adult life, he started his own businesses – pool cleaning in So Cal and then construction survey as well as blind cleaning in Reno. He built things and demolished others while seamlessly incorporating simple and natural solutions into his strategy. His bosses became lifelong friends, and his employees became family. Everyday tasks like rolling the hose and washing cars was simply an art form because ‘doing things right’ mattered deeply to him.

The last years of his life were spent traveling, consulting and cleaning blinds, all of which were cleverly disguised opportunities to make more friends. Luckily, after Sue passed away in 2014, Vic had a second chance at love with Karen Handy who was by his side in every sense of the phrase until he passed away on Sunday, September 15th. He is survived by two sisters, Cynthia Camp and Melanie Briscoe Liu, his two children Dawn Shalhoup and Victor Camp, and grandchildren Finn and Lucy Shalhoup. A Celebration of Life will be held on Sunday, September 29th, 2pm, at the Reno Elks Lodge (597 Kumle Lane) and the Memorial Service will be held Monday, September 30th, 11am, at Northern Nevada Veterans Memorial Cemetery (14 Veterans Way) Fernley, Nevada.