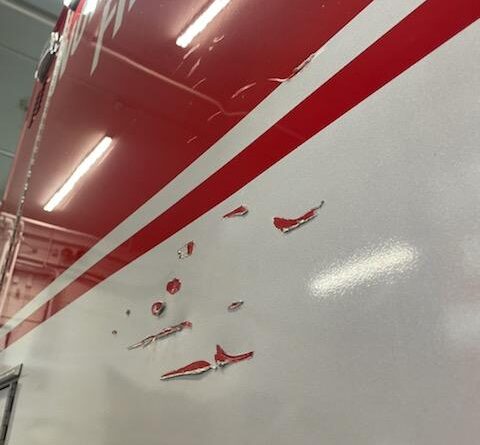 The driver of a car traveling the wrong way on Interstate 80 was killed after it collided with another vehicle Saturday afternoon near Wadsworth.

According to the Nevada State Police Highway Patrol, a white Ford Focus was traveling the wrong way in the eastbound lanes of I80 at 3:56 p.m. when it collided with a gray Jeep Grand Cherokee.

Just before the crash, the Ford Focus nearly hit a North Lyon County Fire District ambulance. The ambulance swerved to miss the Focus and sideswiped a tractor trailer. The ambulance sustained minor damage, but neither of the medics in the ambulance were injured.

The driver of the Ford Focus was killed and a passenger was injured.

One person was killed in another head-on crash on U.S. 50 at Riverboat Road in Dayton at 2:20 p.m. Saturday. In that crash, a Volkswagen sedan and Ford Explorer collided. One driver was killed and the other was transported to Carson-Tahoe hospital with non-life threatening injuries.