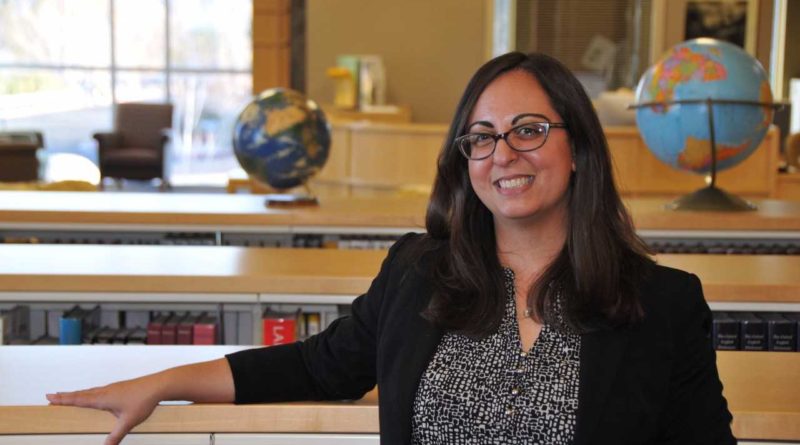 Denise Frohlich has worked in a public branch library, as well as at a private university and a K-12 school district. At Odessa College in Odessa, Texas, Frohlich served as executive director for Student Learning Resources. Prior to that, she worked in Student Records and led the Veterans Affairs department at the Art Institute of Austin (Texas), piloted the records department at K-12 school district on Long Island, N.Y., and worked in the public library system on Long Island after graduating from Adelphi University.

“As part of my role as executive director, I worked with pretty much all departments and all divisions across a college campus, helping them implement projects and strategic plans,” she said.

As the new library and learning resource director, her main objective is to meet the needs of as many students as possible and provide them a path to success.

“Every student comes into college with a goal,” Frohlich said. “They want to better their lives in some way; that’s really why they are coming to college.

“Library and tutoring centers are places that help students connect with resources and people so they can be successful in achieving their goals. They are places where students can come to get the support they need. We are in many ways that hub of connections for them.”

To gain a better idea of what students and faculty want from their library, Frohlich has been busy interviewing as many people on campus as possible.

“One of the most rewarding things about being new is it’s given me a great opportunity to get to know people. I’ve been all over campus to talk with as many people as I can to hear what they love about the library or what would they like to see in it,” she said.

What she’s learned so far through her extensive interviews is that people want flexibility in their library and tutoring area.

At Odessa College, Frohlich oversaw a remodeling project and worked extensively with college leadership to bring about a culture shift.

“We were the Aspen Prize winner, the No. 4 community college and recognized with the Rising Star Award for rapid changes in student success over a short amount of time,” said Frohlich, noting that the use rate of Odessa College’s library increased 77 percent within the first semester after the remodeling project and has seen steady and continual growth since then.

Frohlich is able to meet with people during regular business hours to talk about the resources the library offers. The library is open Monday through Thursday, 8 a.m. to 8 p.m.; Friday, 8 a.m. to 5 p.m.; and Saturday, 11 a.m. to 3 p.m.