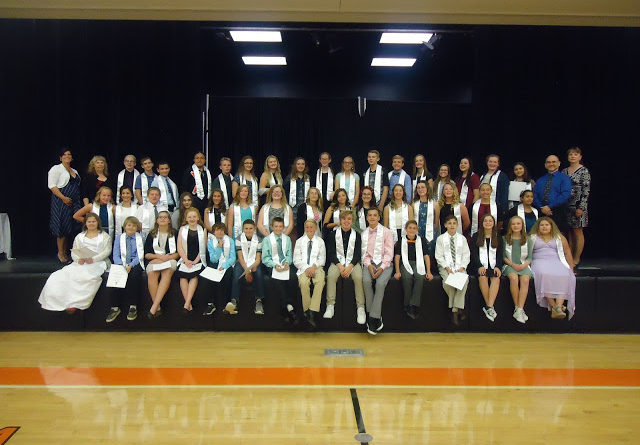 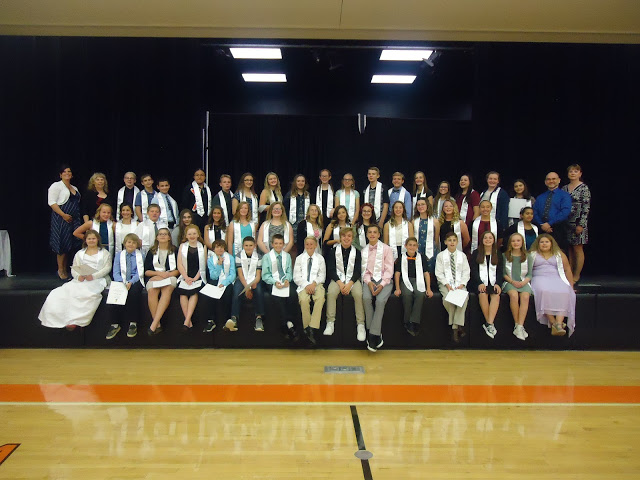 Earlier this year in October, National Junior Honor Society (NJHS) at Silverland Middle School in Fernley held its 8th annual Induction Ceremony. New members were draped by their parents and pinned by the incumbent members of NJHS.

The event began with the Lighting Ceremony by six second-year members who explained what each candle represents followed by a presentation of the Pinning Ceremony’s history by teacher and NJHS advisor, Danielle Jenkins.

Recently, NJHS sponsored Project Linus, a blanket-making project that donates blankets to children in hospitals as comfort for the tragic and stressful situations. This year NJHS was able to donate 85 blankets, which were distributed to police, hospitals and fire departments. The Silverland Middle School chapter of NJHS and its advisors, Danielle Jenkins, Dennis Fulton, Lorie Rieger and Jill Wilson, would like give a special thank you to everyone who attended this year’s Induction ceremony and supported the chapter. 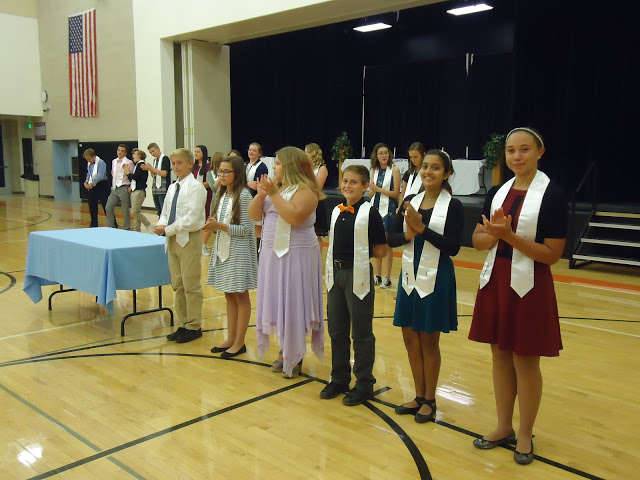