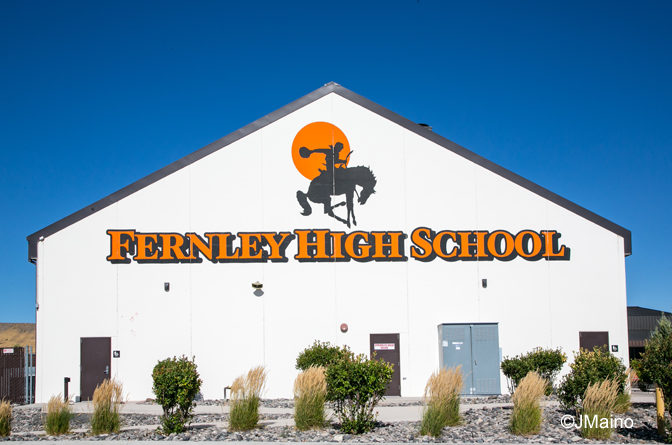 The Fernley High School volleyball team hits the court in front of the home fans tonight for the first time this season.

The Vaqueros are scheduled to play Lowry at 6 p.m. in their first home match and first Northern 3A League match of the season.

The Vaqueros went 2-4 in the season-opening Yerington Tournament Aug. 26-27, but gave coach Kiara Stone a few reasons for optimism.

The Vaqueros beat Sierra Lutheran and Sparks in two sets each and lost in 3 to Bishop (Calif.). The next day they lost to Calvary Chapel, lost to Spanish Springs, and then in bracket play lost to South Tahoe.

Stone was without an assistant coach for the tournament and was unable to keep statistics.

“We played much better than expected because we have a lot of new girls to the team,” Stone said. “I have two sophomores starting and lot of juniors, so I’m really excited.”

Stone said the Vaqueros lack powerful hitters, so they will have to be strong defensively to succeed this season. For that reason, she was excited with how well liberos Hailee Edgar and Macie Kirk played in the tournament.

“They kind of showed me my back row going to look like,” she said. “I have consistent hitters, just not very powerful, so we’ll have to be a more defensive team until we develop hitters.”

Ross said the Vaqueros spent the first two weeks of practice on organizational things, but with last week off after the tournament, were planning to spend a lot more time on individual skills like blocking and hitting.

And with two setters on the team this year, she’s also hoping to be able to do more tactically, including running some 6-2 sets, which have both setters on the floor at the same time.

After not having an assistant coach last year, Stone has an assistant this year, Jessica Banes. In addition, Deanne Jacobson is coaching the JV team while Mary Jo Glass and Jordan King coach the freshmen.

Both the JV and freshman teams placed third in a tournament in Truckee on Aug. 27.