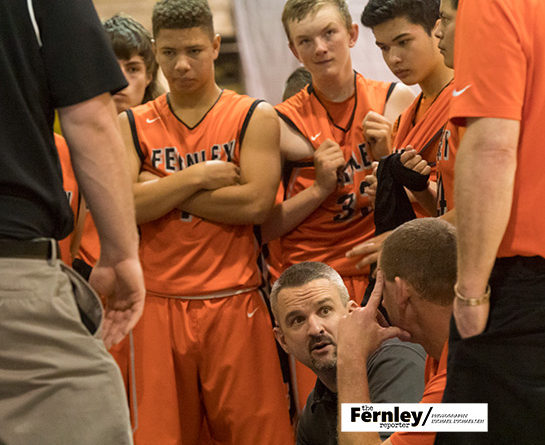 Even in the immediate aftermath of their 59-41 loss to Elko in the Northern 3A Regional Championship game last Saturday night, the Fernley Vaqueros didn’t allow themselves much time to wallow.

After all, just reaching that game meant they qualified for this week’s 3A State Tournament in Las Vegas.

Elko plays Cheyenne in the other semifinal, at 12:45 p.m. Friday. Elko defeated Cheyenne Jan. 14 in the Battle Born Classic at Durango High.

The championship game is at 12:50 p.m. Saturday at Cox Pavilion.

The Vaqueros enter the tournament as the Northern Region’s No. 2 seed, and will play Southern Region champion Desert Pines at 4:15 p.m. Friday at Cox Pavilion on the campus of UNLV.

“That’s huge, obviously, to go to State,” junior Zach Burns said. “I’ve been thinking about it and working for it for three years, and for the seniors, it’s been all four years of high school.”

Justin Turner is the Vaqueros’ primary inside scoring threat and averages 8.2 points and 4.8 rebounds per game for Fernley, but injured his ankle in the regional semifinal game against South Tahoe last Friday and didn’t play in the championship game against Elko.

Senior Ren Arroyo is Fernley’s fourth leading scorer, averaging 7.8 points per game, but has been scoring more later in the season.

“We’ve got things we’ve got to improve on going into the state tournament,” coach Derek Miller said. “We hope to get healthy and go from there.”

Howe said the drive to reach this year’s state tournament started last year, when the Vaqueros lost to Elko in the regional semifinal.

“This is the ultimate goal,” Howe said. “After the loss to Elko last year, I knew we’d get there this year. I can’t wait to play in that atmosphere.”

Burns said the players are excited for the opportunity to experience the state tournament atmosphere, and have no doubt they can win.

“It’s going to be a great experience,” he said. “I just want to enjoy it see if we can’t win a game or two.”