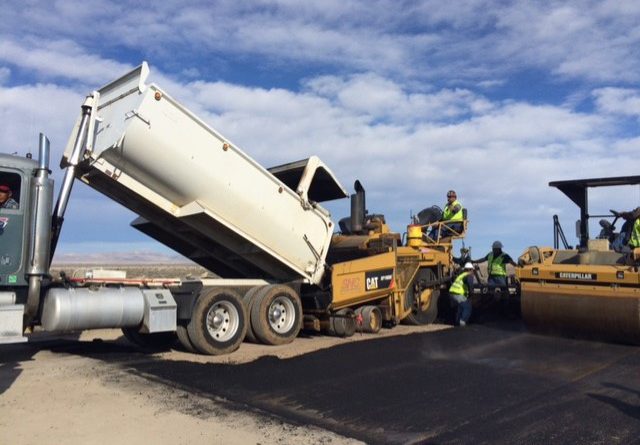 The Nevada Department of Transportation reopened U.S. 95 south of Fallon ahead of schedule on Wednesday, March 15 following installation of additional drainage culverts to help protect the roadway during local flood mitigation efforts.

A section of the highway south of Fallon was closed over the past six days as twelve six-foot-by-four-foot box drainage culverts were added to the existing ten roadway culverts to help channel water underneath the highway as floodwaters are diverted from Lahontan Reservoir. In less than one week, crews excavated approximately 3,000 cubic yards of earth, installed 860 feet of new box drainage culverts and repaved the roadway. The work was completed two days ahead of schedule. The improvements will also help reinforce the highway against flooding in future years.

To help prevent potential flooding in the City of Fallon following historically heavy winter precipitation, the Truckee Carson Irrigation District, in coordination with the U.S. Bureau of Reclamation, Churchill County and the City of Fallon, are releasing water out of Lahontan Reservoir. Some of the water is being diverted through the V-Line Canal to Carson Lake Sink and other natural land basins on both sides of U.S. 95 directly south of Fallon.

Though closely monitored, there is the potential that flood waters could surround the highway in the Carson Lake basin area through the spring and summer. NDOT will closely monitor the U.S. 95 roadbed for any impacts created by the standing roadside water. Lower speed limits and prohibitions for large commercial vehicles could potentially be put in place if necessary for driver safety. There is also potential that future storms or rapid spring snow melt-off could cause storm water to flow over and temporarily close the highway. State Route 120 (Pasture Road) and State Route 718 (Curry Road-Lone Tree Road) may also be impacted by floodwaters.

There are as many as 3,000 vehicles traveling this section of U.S. 95 every day.