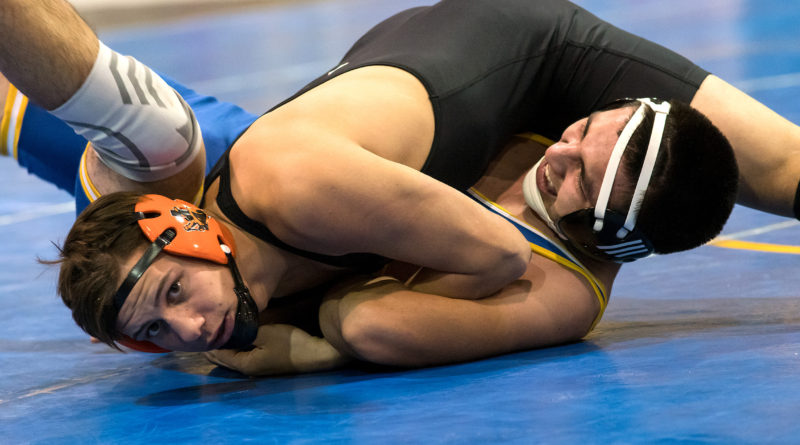 With several wrestlers not competing because of grades, and others taking the SAT test, the Fernley High School wrestling team had three placers at the Cody Louk Invitational in Winnemucca last weekend.

“I feel like we performed well,” coach Scott Gillespie said.

However, it was the first time this season the Vaqueros had gone up against some of the best wrestlers from Northern Nevada, and coach Scott Gillespie said it was an eye opening experience for many of the wrestlers.

“I think some of our kids got a rude awakening as we saw some higher level competition,” he said. “It is great facing the kids from the larger schools and the top wrestlers from schools like Spanish Springs, Reno, and Battle Mountain. Those kids brought it at a level we have not seen yet this year.”

Saturday the Vaqueros will be back in action, to compete in the Lovelock Invitational.

“Our job this week is to match and beat the intensity we faced at the Cody Louk,” Gillespie said.