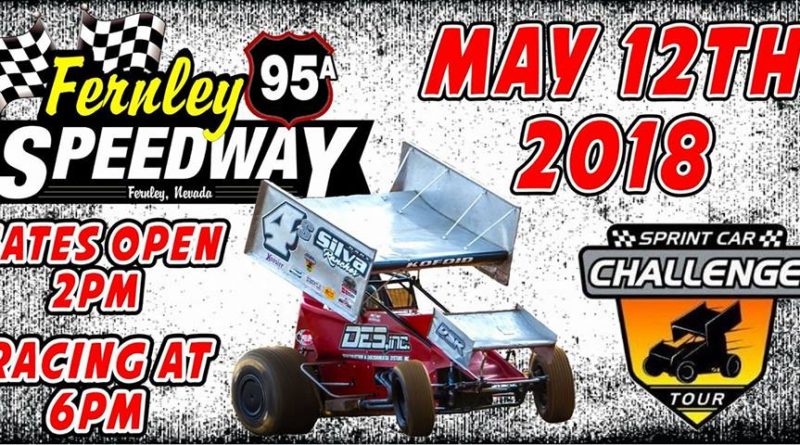 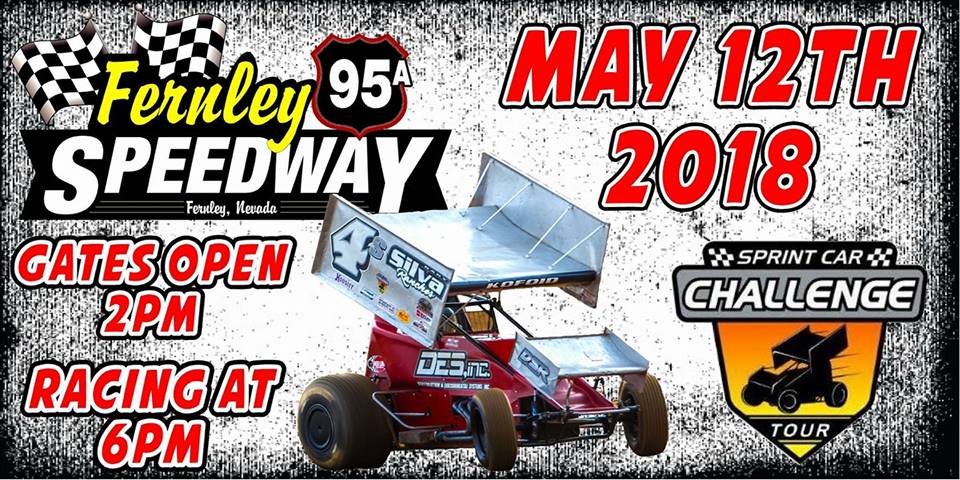 Fernley 95A Speedway will host the Sprint Car Challenge Tour for its only visit of the year this Saturday, May 12.

Last year the Sprint Car Challenge Tour made its debut at the Fernley 95A Speedway and raced in front of the largest crowd ever for a motorsports event at the track.

Minden’s Sprint Car champion Tanner Thorson will be wheeling the #3C car while Adam Walters comes back after a five-year absence and will be racing #34. Should be a great event to come out and root for our local drivers.

This Saturday’s event marks the fourth round of the season in the battle for the $10,000-to-win Sprint Car Challenge Tour championship. The top-15 drivers/teams at seasons end will take part in the hefty $60,000 total fund. Going into Fernley just six-points separate the top-four drivers in the standings, making the next two weeks a critical stretch. Following Fernley, the tour then heads south to Thunderbowl Raceway for night one of the Peter Murphy Classic on Friday May 18.

Adult tickets cost $15 in lower bleachers and $20 in the upper bleacher area, while sky box seating is $30. Tickets can be purchased online at https://fernley95aspeedway.com/…/2018-sprint-car-challenge…/

Information courtesy of Gary Thomas, SprintCarFan.com and Dan McGee, NVracingnews.com. was used in this story.