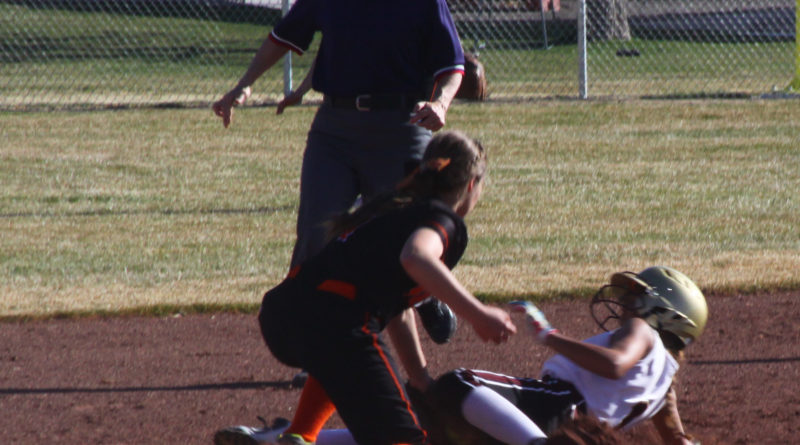 Fernley and Fallon have dominated Northern 3A softball the past several seasons, and until colliding Tuesday in Fallon, neither had met much resistance in opening the league season 6-0.

Round 1 went to the Greenwave.

Fallon scored three runs in the first inning and made them stand up for a 3-1 win, in the first of three regular season meetings.

Fallon got three runs in the bottom of the first inning, after Fernley couldn’t cash in a leadoff double in the top of the first.

“If we had produced a run or two there, it might have looked a little different,” coach Diane Chapin said.

Sophomore pitcher McKenna Montgomery settled in nicely after the rough first inning, shutting the Greenwave out the rest of the way, with four strikeouts and two walks, one intentional.

After having cruised untested through their first six league games, Chapin said her team handled the challenge of a tough game.

“It was nice because my team is young,” she said. “We only have three returning varsity players and my pitcher’s first real challenging varsity test for her. Giving up three runs in the first inning, it could have gotten ugly, quickly.”

Chapin was particularly pleased with the Vaqueros’ defense, which committed no errors.

“Defensively it was a great game, because they were challenging us,” she said.

The Vaqueros figure to be challenged plenty through the rest of the Northern 3A schedule, including this weekend’s 3-game series in Dayton. The DustDevils are 2-4 in league play, but lost three close games at Elko and took two of three from Spring Creek last weekend.

“So far they’re putting runs on the board, and their pitcher threw well at times,” Chapin said.

The Vaqueros will get two more chances against Fallon, single games on April 11 and April 25.

“I would have liked to test their defense a little more,” Chapin said. “I think that will be a little different next time.”