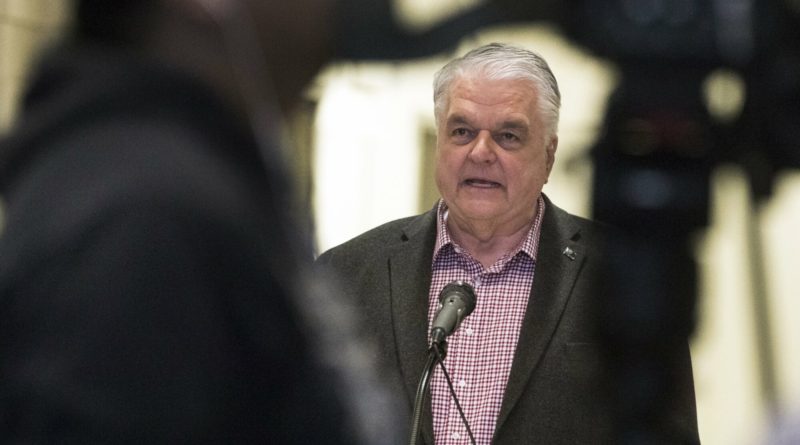 By Michelle Rindels and Riley Snyder

Gov. Steve Sisolak will extend the state’s shutdown order and close schools for the rest of the academic year, but will allow some businesses to reopen if the state sees a consistent downward trajectory of COVID-19 cases and hospitalizations.

Sisolak announced the framework for reopening the state’s shuttered economy at a press conference in Carson City on Tuesday, 10 days before the current shutdown orders are expected to lapse. It largely follows a White House guidance of assessing infection and hospitalization rates preceding an initial “Phase 1” of business reopenings.

State officials say they plan to launch Phase 1 once they have observed 14 days of “consistent and sustainable” downward trends in the number of COVID-19 cases and hospitalizations. Experts say it probably won’t be clear until a few days in that Nevada is on a downward slope, and that it’s likely the emergency directive will need to extend beyond April 30.

Health officials also want to ensure there is enough capacity to treat patients without implementing “Crisis Standards of Care” — a triage plan that guides how health care workers should prioritize patients if they are too overwhelmed to take care of everyone.

Another benchmark is to ensure there are enough workers to carry out case contact tracing. That job entails investigating what contacts a person had in prior days once they test positive for COVID-19, and instructing those contacts to quarantine and monitor themselves for symptoms.

In Washoe County alone, health officials said they would need to have 140 people doing the job of contact tracing to keep up with expected demand.

The state will also be looking to ensure it has greater ability to administer tests. Already, officials have expanded the universe of people allowed to be tested, from people who show two or more symptoms of the illness to those who show only one.

Officials also want to be sure that there is enough laboratory capacity to handle the larger number of tests.

State officials are also planning to issue specific safety guidance to businesses that will be allowed to open in Phase 1. It wasn’t immediately clear what industries would be included in that first group.

But in the federal plan, as in Nevada’s, physical school locations are not among the initial group of openings, and students are expected to carry out distance learning up to summer break.