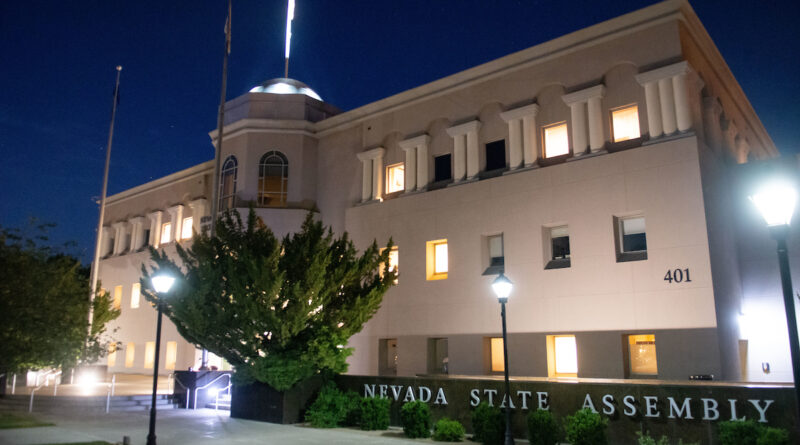 Gov. Steve Sisolak has formally called on legislators to convene in Carson City for a second special session of the summer focused on a wide range of policy issues.

The governor issued an official proclamation on Thursday evening calling for the special session to begin Friday, with language requesting the session wrap up by midnight on Friday, Aug. 7.

“I look forward to collaborating with Nevada legislators to meet the challenges that are unfortunately before us,” he said. “In order to protect the time necessary to address the ongoing COVID-19 crisis, my expectation is that this session will be thorough and as efficient as possible.”

Though Sisolak previously hinted at many of the topics on the agenda, the proclamation laying out the formal list of items that lawmakers will be allowed to take up during the state’s 32nd special session includes:

The proclamation also includes language referring to technical changes and the need for “timely and orderly” processing if the Legislature adopts any proposed changes to the Constitution during the special session. While not mentioned outright, many progressive and left-leaning groups have pushed for lawmakers to begin the process of removing a cap on mining taxes during a special session to shorten the timeline for excising it from the Constitution.

A proposal to remove deductions mining companies can take, thereby increasing the revenue collected by the state, failed to advance by a one vote in the most recent special session. A constitutional change to address mining taxes would have an easier path through the Legislature because it would not need a two-thirds majority vote.

Lawmakers were informed Thursday afternoon that the special session would begin Friday, after Sisolak pushed off the previously announced start date of Thursday.

The session comes less than two weeks after the conclusion of a 12-day special session focused on filling a budget shortfall of $1.2 billion, or about a quarter of the revenue the state expected to bring in during the current fiscal year. Lawmakers cut spending on health services, higher education and supports for K-12 students, and called for six furlough days a year for state employees, among other adjustments.

As with the last special session, it’s expected that members of the public and lobbyists will be prevented from entering the physical legislative building, to mitigate the threat of COVID-19. There is no set end date, but lawmakers are limited to no more than 20 days.

Unlike normal legislative sessions, which happen for 120-days every odd-numbered year, special sessions can only be called by the governor or a two-thirds majority of the Legislature. Legislators are also limited to taking up bills and resolutions explicitly mentioned in the special session proclamation.

Although policy items took a backseat during the Legisalture’s special session earlier this month, interest groups have been lobbying lawmakers and pushing for a host of proposals to be included or excluded from the special session over the last month.

As with the last special session, it’s expected that members of the public and lobbyists will be prevented from entering the physical legislative building, to mitigate the threat of COVID-19.