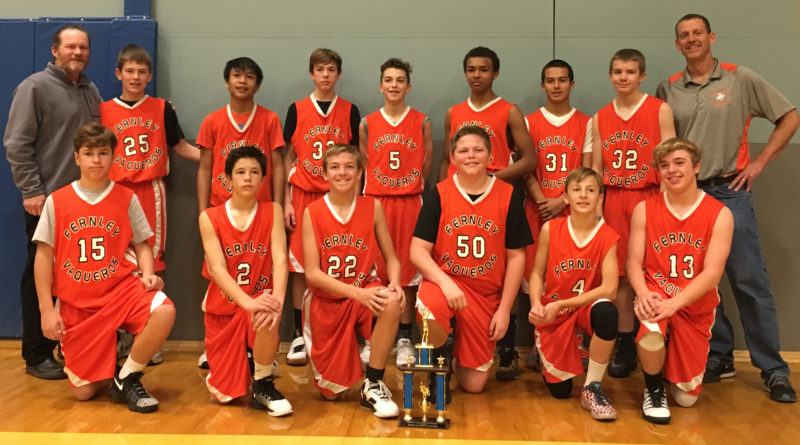 “These boys came in from day one with a work ethic and focus that is well ahead of their age,” coach Dave Burns said. “Goals were simple, and that was to get better every day and be the best we could be. It’s one thing to say it, but another to do it.”

Burns said the players worked hard at staying humble and hungry to get better throughout this season. “It is a testament to their character of all 13 that they were able to stay focused on their goals,” he said. “As proud as they can be on their success, I’m even more proud of the way that they represented themselves and SMS in each of these games. I know that their families are very proud because of all these things involved in this great season. This 12-0 season was a reflection of all 13 players being committed to working together. I truly want to say thank you to the players and families on such a rewarding season.”